After years of not doing much to foster the uptake of electric cars, Singapore has started to embrace them.Tesla CEO Elon Musk in 2018 said the government is not supportive of electric vehicles.
By : Bloomberg
| Updated on: 08 Mar 2021, 09:20 AM 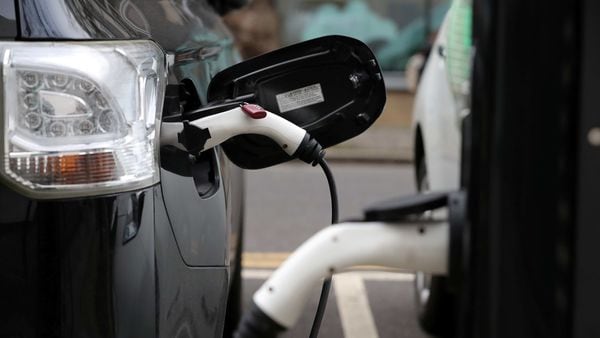 After years of not doing much to foster the uptake of electric cars, Singapore has started to embrace them.

Transport Minister Ong Ye Kung, speaking in parliament last week, said there is a net carbon positive impact in switching from gas guzzlers to electric vehicles, “even if the electricity is generated by fossil fuels." And last month, Singapore pledged S$30 million ($22 million) over five years for EV-related initiatives.

“With our urban environment, Singapore is quite ideal as a test-bed for the rapid adoption of EVs," Ong said.

That’s an about face from a few years ago when Elon Musk, the chief executive officer of Tesla Inc., rebuked the city-state several times over Twitter. In early 2019, he described the island as “unwelcome." The government is “not supportive" of electric vehicles, he said in 2018.

According to Zafar Momin, adjunct associate professor at Nanyang Technological University’s Nanyang Business School, when the first Tesla was imported in 2016, local regulators were in a quandary about how to assess it. After some debate, the owner was taxed S$15,000 for the carbon emissions generated during battery charging.

“Penalizing an EV, instead of providing incentives like the rest of the world, was contrary to Singapore’s aspiration to be a smart and green nation," Zafar said. “This incident may have led Musk to form the view that he tweeted."

While the amount Singapore is spending on EVs pales in comparison to the billions of dollars China is outlaying, it is a much smaller market and the nation’s size also means public transport is an effective way of getting around.

Indeed, Singapore aims to have all buses run on electricity by 2040 as part of its goal to reach net zero emissions as soon as is viable in the second half of the century. It plans to phase out fossil fuel-powered vehicles by 2040 and won’t allow diesel-powered cars or taxis to be registered from 2025.

As part of the push, Deputy Prime Minister Heng Swee Keat said in the 2021 budget that 60,000 charging points at public carparks and private premises will be installed by 2030, an increase from a previous target of 28,000.

Road taxes levied on mass-market EVs have been lowered by as much as 40% so they’re comparable to internal combustion engine cars and the government will remove the $5,000 minimum additional registration fee for EVs from January 2022, helping buyers maximize early-adoption rebates, which are capped at S$20,000 per vehicle.

After the deduction in the minimum additional registration fee, over 80% of respondents in a survey conducted by car app Motorist expressed interest in adopting electric cars.

Such moves could help boost EVs to about 4% of total passenger car sales in Singapore by 2023, or around 3,300 units, according to BloombergNEF. By comparison, registrations of electric vehicles, which includes passenger cars, buses and taxis, in the city-state was 1,396 last year, up from 1,334 in 2019, Land Transport Authority data show.

“A shortage of public EV chargers can be a big hurdle to rapid adoption," he added, noting that’s particularly the case in Singapore where most of the population live in dense, high-rise apartments that don’t have dedicated parking spaces let alone room for individual car-charging stations.

Musk hasn’t taken to Twitter lately about Singapore but Tesla has launched a dedicated sales portal that went live in February. Consumers can use the website to order a Model 3, Tesla’s most popular and affordable sedan, starting from around S$113,000, and expect delivery in mid-2021. The cars will likely be made and shipped from Tesla’s factory in Shanghai. Representatives for Tesla in China didn’t immediately respond to a request for comment.

The news was met with excitement on social media, with the buzz primarily centered around cost. Singapore is one of the world’s most expensive places to buy a car with excise and registration duties sometimes more than double a vehicle’s market value. People must also bid for a limited number of car-ownership permits that are auctioned by the government and that allow drivers to own an automobile for a maximum of 10 years.

Once that so-called certificate of entitlement expires, owners have to either bid for a new 10-year permit, export the car, or scrap it. The S$113,000 price tag for the Model 3 excludes that certificate, which can cost another S$47,000, depending on engine capacity.

“Cars in Singapore have never been, and I doubt will ever be, described as cheap relative to similar makes and models anywhere in the world," said Tesla owner Adrian Peh, who imported his EV from Hong Kong in 2016. “I understand that building a sustainable future isn’t cheap, but if everyone shies away, then what kind of future do we leave behind for our children and grandchildren?"

Tesla’s official entry into Singapore was also welcomed by local fan club, the Tesla Owners Singapore group, which has more than 65 members.

“It’s encouraging to see that the government has placed a lot more emphasis on sustainability-related policies this year, specifically EV incentives and infrastructure commitment," the group’s representative Chia Yan said. “We believe the government can still provide more support in the next few years."

Outside of government support, would-be EV owners are also being offered financial help. The country’s biggest bank, DBS Group Holdings Ltd., introduced Singapore’s first green car loan on March 1, providing a rate of 1.68% per annum for anyone buying a new or used electric or hybrid vehicle. That compares to a rate of around 3.88% for regular personal loans. DBS is also Tesla’s preferred financing partner.

And soon, buying a made-in-Singapore EV may be possible, with Hyundai Motor Group planning to complete an innovation center that will include EV production by the end of 2022.