Gatik's delivery vans are over-engineered, bristling with almost 30 cameras and sensors apiece.The vehicles drive just a few fixed routes and spend up to six weeks learning a route before they start deliveries.
By : Bloomberg
| Updated on: 23 Nov 2020, 05:03 PM 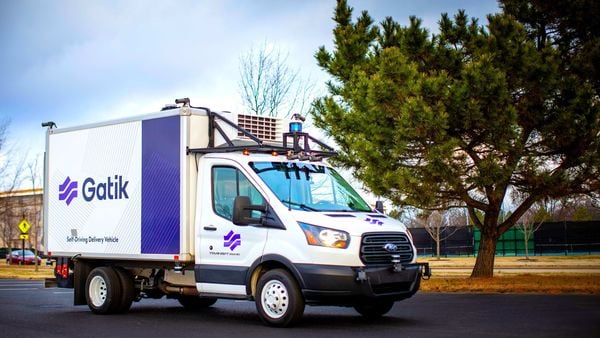 The company joins Walmart on Gatik’s small, but impressive list of clients. The steady scaling of the business has also won a $25 million round of investment at an undisclosed valuation, a deal that highlights an important incongruity in the self-driving sector: the most pragmatic — seemingly least ambitious — missions are making the most progress.

“We always say, ‘We’re not trying to boil the ocean,’" said Gatik CEO and cofounder Gautam Narang. “Our focus has always been on what we can do near-term."

Gatik focuses on middle-mile cargo delivery, schlepping goods from one business to another. As such, its machines are over-engineered, bristling with almost 30 cameras and sensors apiece. The vehicles drive just a few fixed routes, with enough redundancy to address or avoid high-speed interstates or tricky intersections. Gatik’s vans spend up to six weeks “learning" a route before they start deliveries.

Once the vans are fully operational, the economics, both for Gatik and its cargo customers, are tidy. When paired with a highly automated warehouse, Narang expects 24/7 cargo delivery that will require almost no human intervention. For Walmart, Gatik has been moving merchandise from Arkansas distribution centers to stores for about 16 months. It will do similar work for Loblaws but through the often inclement weather of Toronto, a serial bugaboo for self-driving sensors. No doubt, it has designs on the entire 2,400 or so Loblaws stores scattered across Canada.

Narang said Gatik will use its new capital to double its 40-person headcount, add more vehicles and continue to carve tiny corridors of autonomy in the delivery world. True self-driving technology, the kind that will comprise personal vehicles and last-mile delivery, is about six years away, he said, estimating that a ubiquitous self-driving fleet—that can handle any weather or route—is about 15 years off.

For now, a human still sits behind Gatik’s wheels, just in case, though Narang says that will change soon. “It’s in months," he explained, “not years."