Secrecy in the battery industry is becoming a headache for everyone

Without third-party validation of battery performance, expect short sellers to question the viability of startups with unproven technology.
By : Bloomberg
| Updated on: 21 Apr 2021, 06:02 PM 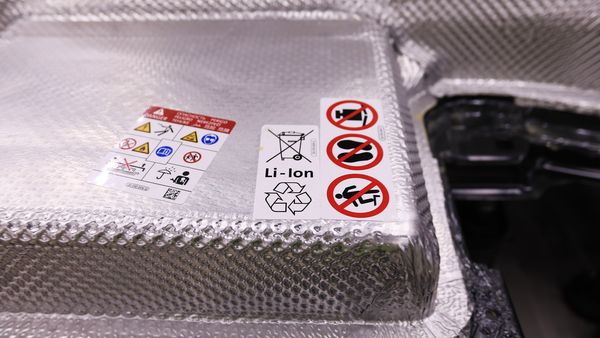 All well and good for battery chemists who get large sums of money to pursue wild scientific ideas that may lead to major breakthroughs.

Most automakers have now committed to electrifying their fleets. That’s brought growing attention to batteries, which still make up about a third of the cost of an electric car, and led to multibillion-dollar valuations of secretive startups.

All well and good for battery chemists who get large sums of money to pursue wild scientific ideas that may lead to major breakthroughs. But when secrecy and early-technology risk collide with public markets, it can spell trouble.

That’s what happened to QuantumScape Corp. last week, when Scorpion Capital published a 188-slide report calling the company a “scam." Scorpion has a short position on QuantumScape, which means it’s betting on the company’s stock price to decline.

QuantumScape is one among a growing crop of solid-state battery companies that are promising a leap in performance over current lithium-ion technology. The industry is extremely secretive. It’s not just about holding tightly to proprietary materials and trade secrets that are the key to beating the competition, but also about keeping key battery performance private.

That secrecy also opens up companies to short sellers looking to poke holes. The Scorpion report was “full of lies, misinformation and innuendo," said Jagdeep Singh, QuantumScape’s chief executive officer. “This had nothing to do with a belief that the company’s fundamental risks were fundamental. This is about essentially market manipulation." The company’s stock price has fallen 23% since the report was published.

Short sellers have a mixed history of success. Whether genuine or not, sometimes alleged problems—such as those Hindenburg Research claimed to have found in electric-vehicle startup Nikola Corp.—can cause lasting reputational damage.

“When you are asking investors to believe in your technology, independent third-party validation can help," said James Frith, head of energy storage at BloombergNEF. Some startups do subject themselves to tests done by U.S. national laboratories, which then publish performance results for the public to judge. But that practice is not a standard in the battery industry.

Singh says that the independent verification that matters most is from potential customers, who receive cells for testing. But those results aren’t published, which can provide great fodder for speculation among traders.

Incentivizing battery startups to face up to third-party validation is not a small task. “There still aren’t a standard set of metrics," said Venkat Viswanathan, a battery expert at Carnegie Mellon University and an advisor to QuantumScape.

In the solar industry, for example, one metric rules them all: at what cost can a solar farm generate one unit of electricity? While battery costs are still a topline concern, there are other metrics that matter to those who batteries in a car. How fast can it charge? How many charge-discharge cycles can it survive? How safe is it operate?

Frith expects more early-stage battery startups to go public through special-purpose acquisition companies, a trend currently sweeping through Wall Street, in part because management teams get the latitude to make future projections, unlike with conventional initial public offerings. If the secrecy in the battery industry remains as tight as it is now, you can expect more Scorpion Capital-style short seller attacks.

Even if few go public, third-party tests would help investors separate promising new battery startups from the duds. Viswanathan and Singh said that they are working with the wider industry to figure out standardized testing regimes, which could make third-party validation easier to do and simpler to parse.

That’s one reason Singh seems to be willing to change his stance on getting QuantumScape’s cell tested by an independent group. “If getting a third-party lab to test our batteries would get rid of these kinds of random ­attacks, it’d be something that we consider," he said.

Akshat Rathi writes the Net Zero newsletter on the intersection of climate science and emission-free tech. You can email him with feedback.