The navigation app service provides voice and visual alerts to drivers about upcoming accident-prone zones, speed breakers, sharp curves and potholes.The service can also be used by citizens and authorities to report and broadcast accidents, unsafe areas, road and traffic issues on the map.
By : HT Auto Desk
| Updated on: 19 Dec 2021, 12:56 PM 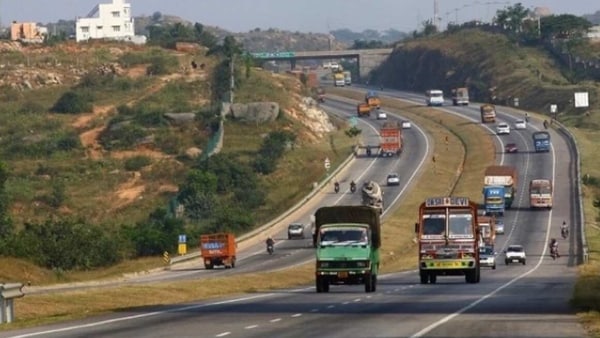 The Union Ministry of Road Transport and Highways (MoRTH) has collaborated with IIT Madras and digital tech company MapmyIndia to sign a pact for driver and road safety technologies in the country. The three parties jointly launched a free-to-use-navigation app for citizens that provides road safety alerts about upcoming accident hazards while on road.

The navigation app service provides voice and visual alerts to drivers about upcoming accident-prone zones, speed breakers, sharp curves and potholes, among other hazards. The initiative is a part of the road transport ministry's vision to minimize accidents and fatalities that occur due to road accidents in the country.

The navigation service app developed by MaymyIndia, called ‘MOVE’ has won the government’s Aatmanirbhar App Innovation Challenge in 2020. The service can also be used by citizens and authorities to report and broadcast accidents, unsafe areas, road and traffic issues on the map so as to help other users. The data will be analysed by IIT Madras and MapmyIndia and will then be used by the government to improve road conditions in future.

Last month, the Road ministry officially adopted a data-driven road safety model created by researchers at IIT Madras with funding from the World Bank. Over 32 states and Union Territories will use the Integrated Road Accident Database (iRAD) model developed by the institute to help make the roads safer and improve emergency response.

The IIT team signed agreements with various state governments to help them develop a road map towards reaching the goal of reducing road fatalities by 50 per cent by 2030 and eventually reach the target of zero deaths from road traffic accidents.

The central and state governments are taking various measures to increase safety of road users while Union Minister Nitin Gadkari has time and again highlighted the need for road safety.