Chandigarh, which saw a 75 per cent dip in fatalities in September and October, Road Transport and Highways Minister Nitin Gadkari informed Rajya Sabha in a written reply.
By :
| Updated on: 25 Nov 2019, 07:06 PM 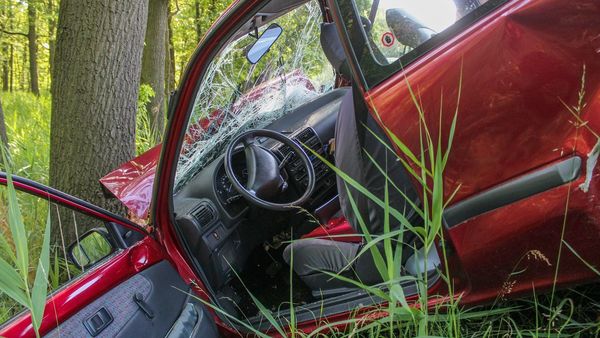 Post implementation of new Motor Vehicle Act on September 1, deaths in road accidents have reduced drastically in some states and union territories including Chandigarh, which saw a 75 per cent dip in fatalities in September and October, Parliament was informed on Monday.

While only two persons were killed in road crashes in Chandigarh in September and October as against eight in the year-ago period, Puducherry saw a decline in death by 31 per cent to nine fatalities as against the same months in 2018, Road Transport and Highways Minister Nitin Gadkari informed Rajya Sabha in a written reply.

Uttarakhand saw a decline of 22 per cent in road accidents deaths to 61 in September and October as against 78 persons in the year-ago period.

Deaths in Gujarat also declined to 480 in these months as against 557 in the corresponding period a year-ago, recording a dip of 14 per cent, Gadkari said.

As per the data of these two months from Bihar, the fatalities declined to 411, a dip of 10.5 per cent during the period as against 459 in two related months of 2018.

The deaths due to road accidents declined by 10 per cent in Uttar Pradesh to 1,355 in September and October this year as against 1,503 in the corresponding period of 2018.

Gadkari said Kerala saw a decline of 2.1 per cent in road accident related deaths to 314 in the two months as against 321 in the corresponding period of the previous fiscal.

However, post-implementation of the Motor Vehicle (Amendment) Act, 2019, Chhattisgarh saw an increase of 4 per cent in accident related deaths to 305 in September and October months of 2019.

"The Ministry has not received any information from any State that they are not implementing the provisions of the Motor Vehicles (Amendment) Act, 2019. As per section 200 of the Motor Vehicles Act 1988, the State Government may by notification in the official gazette specify such amount for compounding of certain offences. No State has intimated regarding conducting of any study on the Act and forwarded any findings thereof," Gadkari said.

Last week, the government had informed Parliament that as many as 38 lakh challans, involving a total amount of ₹577.5 crore, have been issued since the implementation of the new Motor Vehicle Act.

However, it had said that as the "challans are being referred to courts. Actual revenue is not available".

"As per information available in the database of NIC (Vahan, Sarathi), 38,39,406 traffic challans in 18 states and union territories were issued," according to the government.

The challans involved a total amount of ₹577.51 crore.

The government recently said it has no information about any state not implementing the Motor Vehicles (Amendment) Act, 2019.

However, some states have reduced penalties in accordance with the powers granted to them under the Act.

The Act with stricter provisions and higher penalty amount came into force in the country from September 1.