Renault’s result was weighed down mainly by Nissan, which accounted for nearly 5 billion euros of that amount, most of it accumulated during the first half.
By : Bloomberg
| Updated on: 19 Feb 2021, 13:20 PM 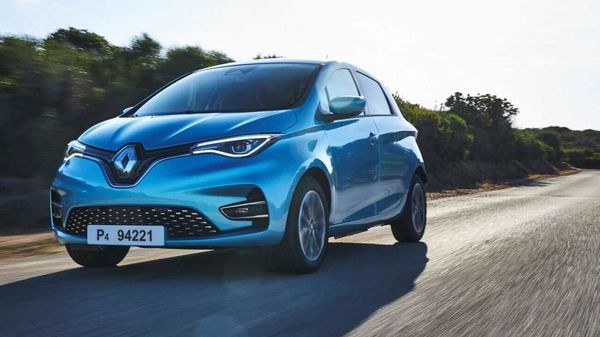 Renault SA posted its biggest full-year loss on record as restrictions to contain the spread of the coronavirus decimated car sales in its key market Europe.

The French manufacturer reported a net loss of 8 billion euros ($9.7 billion) for 2020, worse than the 7.85 billion euro-deficit forecast by analysts. Much of the damage was done during the first half, when lockdowns crippled auto shipments.

“2021 is set to be difficult given the unknowns regarding the health crisis as well as electronic components supply shortages," Chief Executive Officer Luca de Meo said in a statement. “The priority is profitability and cash generation."

De Meo took over in July after his predecessor was ousted as part of the fallout from the arrest of former leader Carlos Ghosn. He is now pushing through plans aimed at shoring up profits, repairing the troubled partnership with Nissan Motor Co. and cutting costs by closing sites and eliminating 14,600 jobs.

Renault’s result was weighed down mainly by Nissan, which accounted for nearly 5 billion euros of that amount, most of it accumulated during the first half. The car-making alliance, which also includes Mitsubishi Motors Corp., has been shaken to the core and now rests on the companies turning their fortunes around.

De Meo faces the difficult task of rationalizing a bloated cost structure and excess production capacity while pacifying the French state -- Renault’s most powerful shareholder -- on local jobs. Last month, the CEO unveiled a turnaround plan targeting an operating margin of more than 3% by 2023 and at least 5% by mid-decade. Analysts have said the push lacks ambition considering the 4.8% return in 2019, before the pandemic hit.

Renault has already achieved 60% of the planned 2 billion euros in cost-cutting, it said Friday. While the company didn’t give an outlook for 2021, it warned that a global bottleneck in auto chips could cut its car production by 100,000 vehicles this year, with the shortage reaching its peak in the second quarter.

“Our visibility for the time being is pretty limited," de Meo said during an earnings call.

Renault will continue expanding its offerings of plug-in hybrid and fully electric models and plans to start selling the mass-market Dacia Spring this quarter, according to a company presentation.

Renault’s sales dropped by more than a fifth last year to 2.95 million vehicles -- a far cry from Ghosn’s goal for more than 5 million cars annually by the end of next year. Renault executives have since pledged to chase profitability over sales volumes.

Global auto shipments are expected to recover this year, but challenges remain. While Volkswagen and BMW AG posted better-than-expected preliminary earnings driven largely by China’s recovery, sales in Europe -- the key market for Renault -- slumped to a record low for January as lockdowns again shook the continent’s biggest markets.