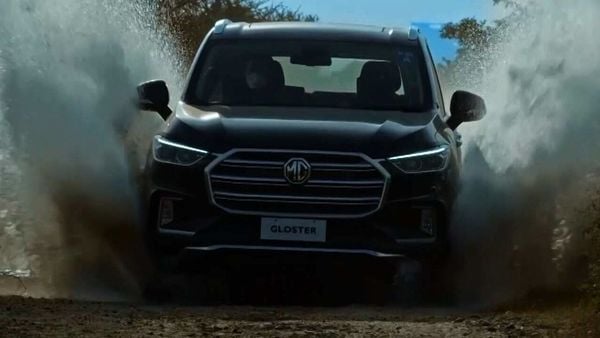 Gloster SUV from MG Motor was launched in India in October of 2020.

MG Motor has had busy last two years since it made its official debut in India with the Hector SUV. While targeting the mid-size SUV segment may have been an obvious choice, the company has since launched the ZS-EV, Hector Plus and the more premium Gloster SUV here while looking at strengthening its digital presence to reach out to existing and prospective customers. In times of Covid-19, digital strategies remain at the core of MG Motors India even as it also backs subscription-based models to pick up pace.

Much like most automakers in the country, the second wave of the Covid-19 pandemic hasn't been kind to MG. After launching Gloster and Hector Plus, a pause was necessitated due to restrictions and lockdowns in most of the country. Gaurav Gupta, Chief Commercial Officer and Senior Vice-President at the company, admits that the upcoming months are likely to remain a challenge for the industry as a whole but strikes a hopeful note as well. "We are not expecting a total rebound but something near it," he tells HT Auto. "I think from July or August the industry can start going forward in measured way and then one has to see how it moves ahead from there as no one knows what lies ahead and when wave three comes into picture."

Gupta is backing MG's focus on digital initiatives to pave the way forward. "MG has been a digital-based company right from day one. In fact, we were the first to start (accepting) bookings on (the) internet, right from our first car itself. And even today if you want to buy a car from us, you can do that by paying the entire amount online," he says while also claiming that back orders for Gloster SUV are in 'four digits'.

While looking at backing its existing product portfolio, Gupta further explains that new product launch plans remain on track. "We are looking at a smaller SUV in the second-half of this year. At the same time, we are also looking at an additional EV (electric vehicle) next year," he says, adding that MG is committed to the expansion of EV portfolio in the country.

The ZS EV was the first battery-powered offering from the company here and is now also offered through a subscription-based model. Gupta, in fact, believes that while awareness for subscription models in the country may be low at present, it will only rise in the coming times. "Subscription is a very compelling proposition, it is building up gradually in the country," he says. "In the new normal, subscription will be an option that people will start to consider."