The starting point of the Pragati Maidan tunnel is near the National Sports Complex of India at the Purana Qila Road.
By : HT Auto Desk
| Updated on: 20 Jun 2022, 02:04 PM 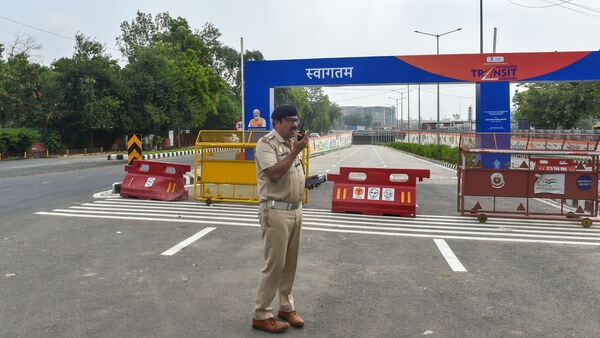 The main tunnel of the Pragati Maidan Integrated Transit Corridor project that was recently inaugurated, was opened for traffic movement on Monday. For the initial few days, the tunnel will open for traffic from 8 am to 8 pm on a trial basis. During this phase, traffic police and PWD officials will closely observe the movement of vehicles through the tunnel, making sure that the traffic moves smoothly, a senior official of the India Trade Promotion Organisation (ITPO) told PTI.

The tunnel is 1.3-km-long and is the national capital's first such passage for vehicles. It has five underpasses and is a part of the Pragati Maidan Integrated Transit Corridor project that was inaugurated by the Prime Minister on Sunday.

The Pragati Maidan passage will help commuters who are travelling from east Delhi, Noida and Ghaziabad areas to places in central Delhi such as India Gate. It will help them avoid traffic snarls at ITO, Mathura Road and Bhairon Marg, as per a statement from the Public Works Department (PWD).

The starting point of the tunnel is near the National Sports Complex of India at the Purana Qila Road. It passes underneath the redeveloped Pragati Maidan and merges into the Ring Road near the Pragati Power station.

Commuters hailed the opening of the tunnel. An Uttar Pradesh resident Ashima Gaur said that the tunnel will help commuters save a lot of time. She added that it will improve connectivity and traffic flow. “Opening of the tunnel was a dream of every motorist passing through ITO and nearby areas. It's good that we will now be able to avoid traffic snarls in the area," she told PTI.

Another commuter, Pradeep Kumar, said the tunnel will not only help people save time and money but also reduce pollution in the city.