The all-electric Porsche Taycan will receive a software update to fix the problem.Porsche executive Klaus Rechberger says this issue has been observed in around 130 cars, however, no accidents have been reported due to this.
By : HT Auto Desk
| Updated on: 03 Jul 2021, 08:11 AM 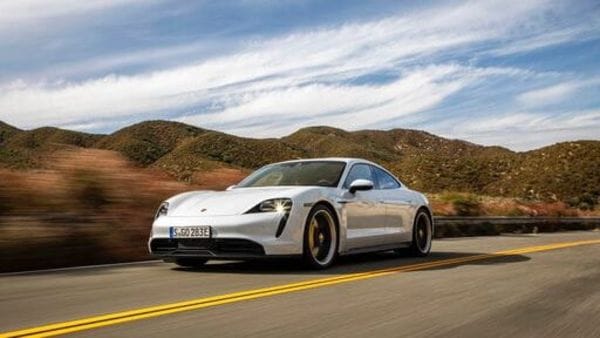 Porsche has announced that it will recall 43,000 of its electric Taycan model due to faulty software which is causing the battery-powered engine to shut down abruptly. Porsche said that this recall will affect all the Taycan models that were produced and delivered by June. It also added that the electric cars will receive software to update to fix this issue.

Porsche's Klaus Rechberger said that this problem had been observed in around 130 cars although he added that no accidents were known to have taken place as a result of this. Porsche also said that the update won't be an over-the-air software update which means Taycan owners will have to take their electric vehicles to local repair centres.

The luxury automaker had also announced earlier that it has sold about 9,072 units of its all-electric car Porsche Taycan worldwide in the first three months of 2021. Taycan is the third most sold model in the brand's portfolio following the Macan and the 911. It was also reported last month that Porsche is also planning a smaller version of the Taycan EV.

The electric car went global in 2019. Taycan's battery engine is capable to generate power up to 750 hp and 1,050 Nm of torque with an over-boost power in combination with launch control. It also has a range of 412 kilometres. The electric car can touch the speed of 100 kmph in 2.8 seconds. This all-wheel-drive model has a top speed of is 260 kmph. Porsche has also mentioned said that Taycan Turbo S and Taycan Turbo are among the most powerful production models that the sports car manufacturer currently has in its product range.