Porsche is gearing up to introduce its LMDh racing car next year in January as the prototype enters the active test phase.The Porsche LMDh will appear in endurance races such as Le Mans and Sebring.
By : HT Auto Desk
| Updated on: 30 Jan 2022, 11:24 AM 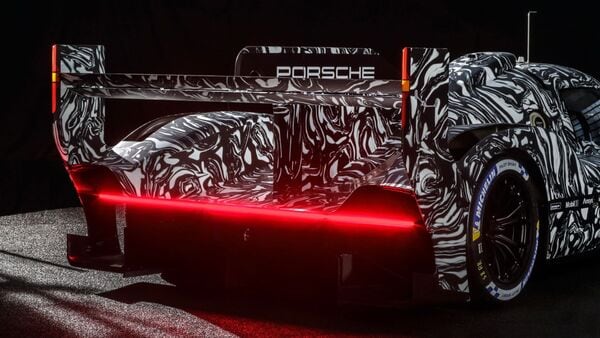 Porsche has said that its LMDh prototype has entered an intensive test programme to prepare the vehicle for its race debut in January next year. The global premiere will take place at the opening round of the IMSA series – the 24 Hours of Daytona. The Porsche LMDh will also appear in endurance races such as Le Mans and Sebring.

Porsche explained the company's step to opt for a large-capacity twin-turbo V8 unit that has been designed to run on renewable fuels as per the regulation of using a combustion engine complemented by standard hybrid elements. The premium automaker added the design of the engine of the LMDh vehicle along with the usage of renewable fuels will bring down CO2 emissions significantly. It is also capable to generate a power output of 680 PS.

Thomas Laudenbach, Vice President Porsche Motorsport shared several options for the LMDh prototype's engine were considered. “We decided on the V8-biturbo, which we feel offers the best combination of performance characteristics, weight and costs. The kick-off to the active test programme was an important step for the project," added Laudenbach.

Porsche stated the engine regulations for the LMDh vehicle class allowed a great deal of freedom in terms of displacement, design and number of cylinders. With a maximum rev up to 10,000 rpm, the engine must weigh a minimum of 180 kilograms, including the air supply and exhaust system as well as the peripheral cooling components. This weight also includes incorporates the turbocharger/s including the charge air cooling. According to the regulations, the maximum output must lie between 653 to 707 PS.

Urs Kuratle, Overall Project Manager LMDh at Porsche Motorsport conveyed rollout of the LMDh racing car was also the first track outing for Porsche Penske Motorsport. “In the next outings we will focus on going deeper into the required processes and procedures. During these first test days at Weissach, the V8-biturbo impressed us in every respect. We’re convinced that we’ve chosen precisely the right unit," mentioned Kuratle.