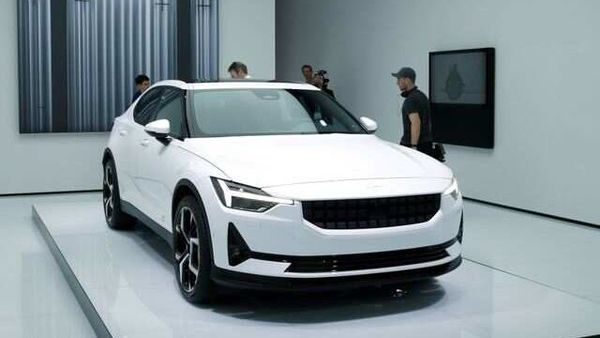 Polestar, the electric-vehicle maker that’s set to go public in a $20 billion reverse merger next year, expects to battle chip shortages into 2022 as it ramps up production to meet the sales targets outlined to investors.

Executives from Polestar, backed by Volvo Car Group and Zhejiang Geely Holding Group Co., were in New York on Thursday to show off a new luxury sport sedan, the Polestar 5. The sporty sedan, modeled off Polestar’s Precept concept car, is aiming to steal share from Porsche AG and Tesla Inc. It’s the first of three new models Polestar plans to introduce by 2025.

Polestar, which is set to complete its reverse merger in the first half of next year, is aiming to sell 29,000 cars worldwide this year, 65,000 in 2022, and 290,000 by 2025, achieving margins of 9%, according to an investor presentation. The Polestar 3 SUV, which will be made alongside the Volvo XC90 at Volvo’s plant near Charleston, South Carolina, is targeted for the middle of 2022.

“We had to fight each and every month to make sure we had the production up and running," Thomas Ingenlath, Polestar’s chief executive officer, said of this year’s sales of its Polestar 2 model, which is made in China. “The pressure has not eased towards the end of the year -- it’s still on, and we definitely expect it in 2022," he said in an interview in New York.

Created as a pure-electric performance brand in 2017, Polestar is trying to differentiate itself from other electric upstarts by betting it can leverage the manufacturing footprint of its Swedish and Chinese parents. It has a fastback, the Polestar 2, in production in Luqiao, China, where the Polestar 5 will also be built, with batteries supplied by South Korea’s SK Innovation, Ingenlath said.

(Also read | This EV company eyes Porsche as its competitor)

Polestar announced in September it will combine with special purpose acquisition company Gores Guggenheim Inc. in a deal valuing the company at roughly $20 billion. About $1.05 billion of proceeds will help Polestar bring its three new models to market within the next three years.