PSA and Fiat had agreed in December to each pay an ordinary dividend of $1.2 billion to shareholders as part of their planned merger.
By : Bloomberg
| Updated on: 22 Apr 2020, 10:18 AM 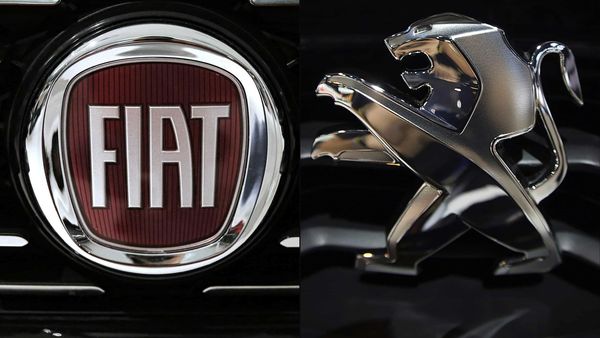 File photo: PSA Group has laid the groundwork for a possible revision of the terms of its combination with Fiat Chrysler Automobiles NV.

PSA Group has laid the groundwork for a possible revision of the terms of its combination with Fiat Chrysler Automobiles NV.

The French carmaker and Fiat agreed in December to each pay an ordinary dividend of 1.1 billion euros ($1.2 billion) to shareholders as part of their planned merger to create the world's fourth-biggest auto manufacturer. The deal was negotiated before the coronavirus pandemic halted car production and triggered a worldwide slump in demand, almost halving the companies’ share prices.

As PSA Chief Financial Officer Philippe de Rovira detailed the severity of the damage inflicted by the health crisis on the Peugeot maker and the broader European car industry, he said there’s been no final decision on the payout. The company has postponed its annual general meeting to June 25 from May 14, delaying any confirmation.

The planned move “remains an open question" and any change would have to be agreed by both PSA and Fiat as specified in the merger deal, De Rovira said during a call with analysts. The company has not made any comment on the financial terms of the agreement, he added.

The French maker of Peugeot, Citroen, Vauxhall and Opel vehicles is one of the most vulnerable to a downturn in Europe, where the virus outbreak has paralyzed public life. Car sales in the region dropped the most on record in March as showrooms closed and companies halted output. PSA has forecast the European market could contract by a quarter this year and around 80% in April.

One factor weighing on European companies as they consider shareholder rewards are warnings from countries including France and Germany that aid packages such as state-backed loans or bailouts won’t be extended to those paying dividends.

“We have not taken any loan guaranteed by any state," De Rovira said. “We want the company to be as free as possible of public dependence."

PSA posted a 16% slump in first-quarter sales. The company has slashed costs, shed its temporary workers and put about 90% of full-time employees on government-paid furlough schemes in a bid to shore up liquidity. The CFO said any decision to restart factories in Europe would have to be accompanied by a reopening of dealerships to avoid a build up in inventories.