Petrol continues to become more expensive and while Indians are paying far more than they ever have, many other countries too are witnessing record rates.
By : HT Auto Desk
| Updated on: 30 Mar 2022, 10:38 AM 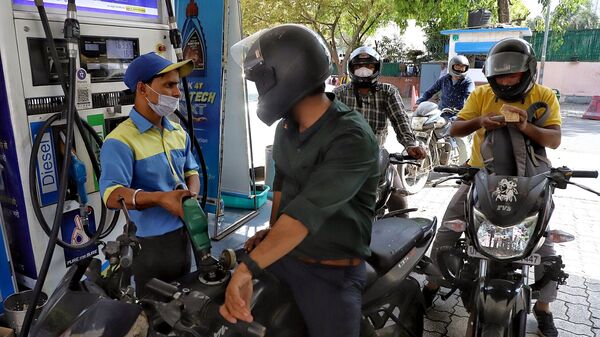 Petrol and diesel prices were hiked for the eight time in nine days on Wednesday and there is just no sign or even the slightest indication that the hikes would halt soon. With petrol prices in particular crossing the three-figure mark for each litre yet again in many cities, the current trend of rates going north comes as a big setback for motorists, transporters and the public at large because such hikes affect commodity prices and tend to create inflationary pressures.

Finance Minister Nirmala Sitharaman pointed to the war in Ukraine and the consequent rise in global crude oil rate. In Parliament on Tuesday, Sitharaman highlighted that the government is working to respond to the climbing crude oil rates in the international market. “The disruption and a resultant increase in the price of global oil and also disruption to supply are all happening since a couple of weeks ago and we are responding to it," she informed.

Petrol and diesel prices in the country had remained unchanged for 137 days before the hikes resumed earlier this month. Critics of the government argue that the government played a part in ensuring prices remained as is due to elections in multiple states, a charge denied by the government which has continued to blame the volatile oil situation in international market.

But while global crude price does have a big impact on the price paid by people for fuel in any country, the taxes and levies imposed on both fuels in India has also climbed steadily. At present, India remains the most expensive country in the sub-continent for petrol and diesel while rates here are also higher than in the US and nearly as high as in countries like Japan, South Africa, China and Australia.

(Note: All prices mentioned above are March 28 rates. Conversion to INR is approximate)