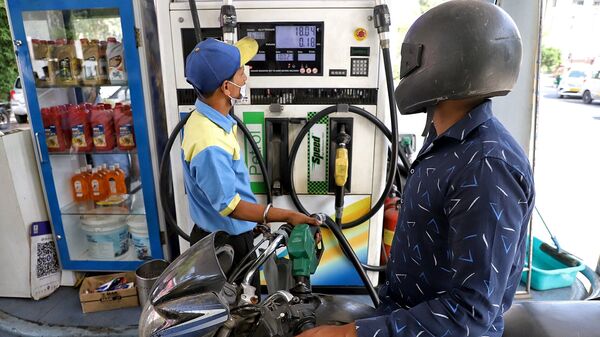 A petrol pump staff refills fuel in a two-wheeler as fuel prices continue to rise, with prices of petrol and diesel further hiked.

Prices of petrol and diesel continue to soar with the eighth hike in nine days taking the fuel rates up by another 80 paise per litre each on Wednesday. The total rise in prices of the motor fuels has been of about ₹5.60 a litre since oil marketing firms started price revision on March 22 after a four-and-half-month long hiatus.

With the latest hike, the price of petrol in the national capital now stands at ₹101.01 per litre, while diesel is selling at ₹92.27 per litre. In Mumbai, the petrol and diesel prices have gone up by 84 paise and 85 paise per litre respectively, thus costing ₹115.88 and ₹100.10 per litre.

The daily revision in fuel prices was paused on November 4 last year, which was broken on March 22, following the crude oil going upwards due to the Russian invasion of Ukraine. Prices are expected to see further hikes given the sharp jump in crude oil prices in the international markets. This is expected to have a cascading impact on the prices of other items as well and lead to inflationary pressure and hurt growth.