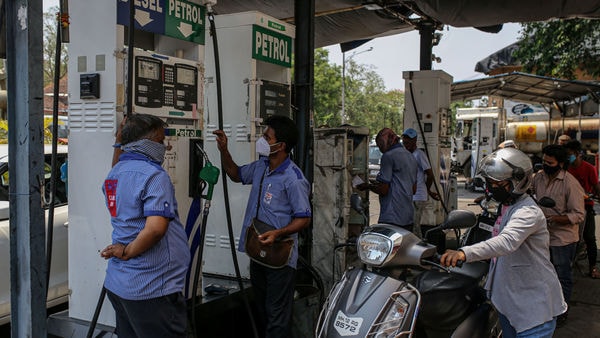 On Sunday, the prices of petrol and diesel remain unchanged at the same price as it was on Saturday.

On Sunday, the prices of petrol and diesel remain unchanged at the same price as it was on Saturday.

In May 2021, petrol and diesel prices have increased 16 times so far, while there has been not a single reduction. With this, both the motor fuels are selling at record retail price, impacting not only the motorists but non-motorists as well.

While the motorists are witnessing their wallets being burnt due to the record-high price of petrol and diesel, the common people and non-motorists are feeling the heat due to the increasing prices of goods and commodities. The lack of demand, lockdowns, high cost of transport are impacting the transport and trucking sector and eventually resulting in a higher price of goods. The inflation is directly hitting the common people hard at a time when the country is already reeling under pressure from the ongoing Covid-19 pandemic.

While there have been demands for a tax rate reduction, the central government has straight denied that. Some of the state governments reduced the VAT rate marginally before the state assembly elections, but those were not sufficient to reduce the burden.