Panic buying takes toll on US fuel stations: Why are Americans hoarding fuel?

A cyber attack on a major US pipeline network forced it to shut down for five days.Colonial Pipeline says it could take several days for supplies to return to normal.Motorists in eastern states of the US have been lining up for every drop of fuel available.
By : HT Auto Desk
| Updated on: 13 May 2021, 01:52 PM 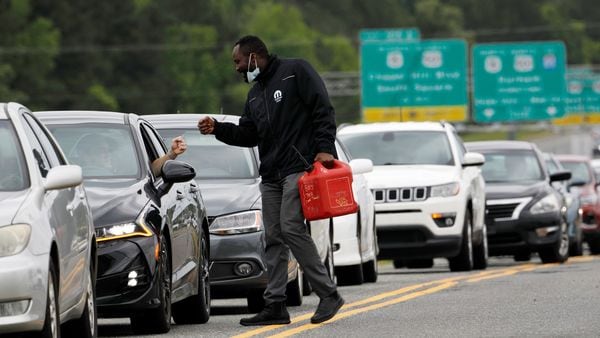 A person carrying a fuel container is greeted by a motorist waiting in a lengthy line to enter a fuel station during a surge in the demand for fuel in Durham, North Carolina.

Several fuel stations along the US east coast were forced to shut down after panic buying by motorists resulted in long lines and dwindling reserves of automotive fuel. This comes after a cyber attack on Colonial Pipeline forced it to go offline for around five days before reopening on Wednesday.

The cyber attack and the consequent shutdown led to many motorists in the US rushing to stock up on gasoline (petrol) and diesel. What further prompted many others to line up for a tankfull was and is that Colonial Pipeline has announced it would take many days for it to ensure supplies return to normal.

According to AFP, a ransomware attack on Colonial Pipeline had compelled it to shut down its entire network which directly took a toll on supplies to several states in the eastern parts of the US. US President Joe Biden came out to announce that his administration is in close contact with the company officials.

Colonial Pipeline too issued a statement in which it assured that all measures are being taken to return to normalcy. "Following this restart, it will take several days for the product delivery supply chain to return to normal. Some markets served by Colonial Pipeline may experience, or continue to experience, intermittent service interruptions during the start-up period," this statement read. 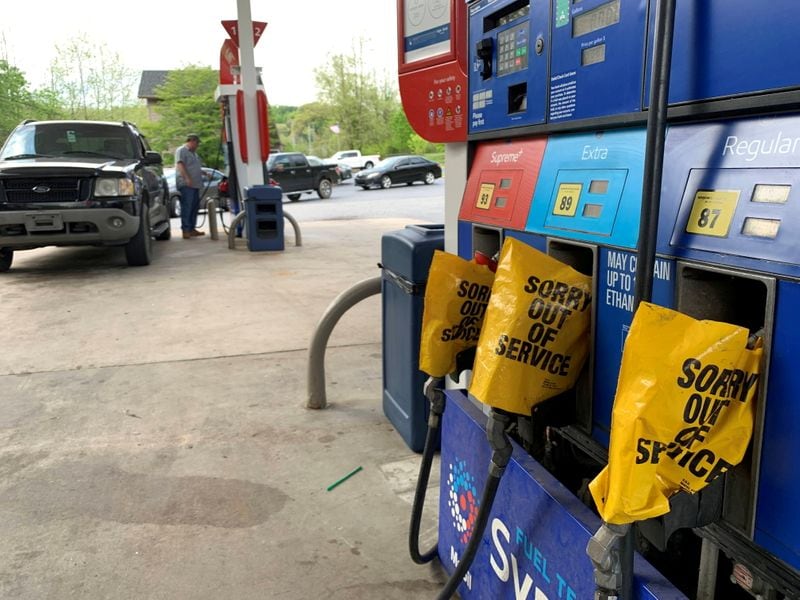 Out of service fuel nozzles are covered in plastic on a gas pump at a gas station in Waynesville, North Carolina. (via REUTERS)

Colonial Pipeline is responsible for sending automotive and jet fuel from Gulf Coast of Texas to the eastern states of the US and reportedly serves close to 50 million customers.

As such, the shutting down of network following the cyber attack led to ramifications at ground level. Local media reports highlighted how long lines of cars waited outside the few fuel stations in Florida where supplies were still available. Around 45% of all fuel stations in Virginia and 65% in North Carolina had had to shut down while six of the ten fuel stations in Atlanta suspended operations.

It is reported that officials from the country's transport department are now easing regulations to ensure supplies reach intended destinations quicker.