OPEC+ Meets for Talks That May Prove Crucial for Oil Prices 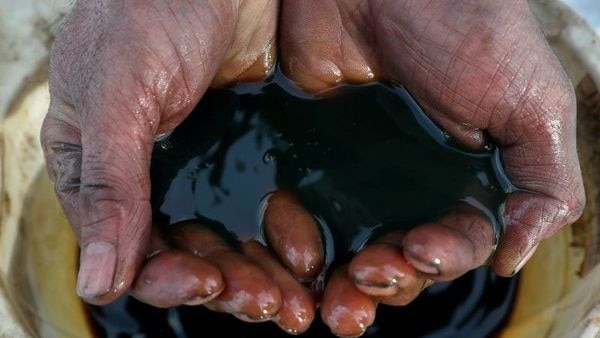 The OPEC and its allies are already in the process of reviving crude supplies halted last year in the initial stages of the pandemic.

OPEC and its allies were heading for a meeting that will be crucial for oil prices, with discussions continuing about whether to keep increasing production amid a resurgence of the coronavirus in some regions.

A familiar dynamic has emerged in the cartel before Thursday’s decision about output policy for August and beyond. On one side, Russia and Kazakhstan proposed boosting supply. On the other, Saudi Arabia and its Gulf Arab allies discussed a more cautious approach.

The evolving debate, described by delegates who asked not to be identified because the discussions were private, has big implications for the oil market and the broader economy.

Crude has risen around 50% this year, with the recovery in demand from the pandemic outpacing the revival of OPEC+ supplies after last year’s deep cuts. Combined with a rally in other commodities, the oil price surge is stoking fears of a damaging inflation spike.

“The market is going be very tight in the second half unless you add more oil from OPEC+," said Bill Farren-Price, a director at research firm Enverus. “The Russians are making bullish noises and the Saudis are making cautious noises, and they’ll likely meet somewhere in the middle."

The Organization of Petroleum Exporting Countries and its allies are already in the process of reviving crude supplies halted last year in the initial stages of the pandemic. The 23-nation coalition decided to add about 2 million barrels a day to the market from May to July, and the question before ministers now is whether to keep going next month.

“We are expecting a small increase today for August, anything up to 500,000 barrels a day," Amrita Sen, head of research at consultants Energy Aspects in London, said in a Bloomberg Television interview. But that’s “a drop in the ocean," she said, predicting crude prices will rise above $80.

The market has experienced a supply deficit for much of this year amid the slow pace of OPEC+’s production increases. In the cartel’s view, that’s been an entirely necessary remedy -- the only way to deplete the vast surplus in fuel stockpiles that accumulated as economies went into lockdown.

Now, the group’s data show oil inventories are back down to average levels as a strong revival in fuel consumption continues. Demand in the second half will be 5 million barrels a day higher than in the first six months of the year, OPEC Secretary-General Mohammad Barkindo said on Tuesday.

That explains why Brent crude climbed above $75 a barrel last month, and analysts widely expect the group to tap some of the vast capacity it shuttered last year. Their average estimate is for an increase of 550,000 barrels a day -- roughly 10% of the volume that remains idle.

Yet there are several factors that could undo the rally.

The US is still in nuclear talks that could eventually lift sanctions on Iranian oil exports. The negotiations are dragging on longer than expected, but a breakthrough could result in a influx of crude onto the market.

Some OPEC+ nations fear that could lead to a new glut, and believe the alliance needs to prolong supply restraints to the end of next year, delegates said.

There’s also the risk to demand from the highly infectious delta variant of Covid-19, which is already sending some countries back into partial lockdown and triggering a worrying rise in cases in other nations.

Last week, Saudi Energy Ministers Prince Abdulaziz bin Salman indicated that he is trying to strike a balance between the bullish forces and the bearish risks.

“We have to be cautious," he told a conference organized by Bank of America Corp. OPEC+ has a role in “taming and containing" inflation but it “cannot discount any vicious return of Covid cases" or a revival in Iranian output.

Yet, there’s the risk of a backlash from major consumers -- including the US -- if oil keeps rising. The energy minister of India, the world’s third-biggest crude importer, told OPEC officials last week that high prices were “adding significant inflationary pressure."

“The last thing Saudi Arabia and the United Arab Emirates, even Russia, want is $85 a barrel, much less $100 a barrel," Bob McNally, president of Rapidan Energy and a former White House official, told Bloomberg Television on Thursday.

“That would risk the economic recovery," he said. “So far in Washington, it’s been quiet. As we get closer to $80 a barrel, it’ll set off alarm bells."