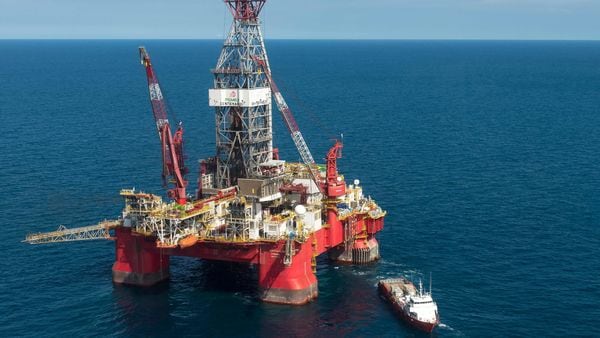 Oil prices rose on Monday as a storm formed in the Gulf of Mexico and Iran said a three-month nuclear monitoring deal had expired, raising doubts about the future of indirect talks that could end US sanctions on Iranian crude exports.

"Iran's oil production has been rising in recent months, likely in anticipation of a lifting of the sanctions," ANZ analysts said in a note on Monday.

However, the speaker of Iran's parliament said on Sunday a three-month monitoring deal between Tehran and the U.N. nuclear watchdog had expired and that its access to images from inside some Iranian nuclear sites would cease.

European diplomats said last week that failure to agree an extension of the monitoring deal would plunge wider, indirect talks between Washington and Tehran on reviving the 2015 Iran nuclear deal into crisis. Those talks are due to resume in Vienna this week.

Former President Donald Trump withdrew the United States from the deal in 2018 and re-imposed sanctions.

Meanwhile, a low-pressure system located over the western Gulf of Mexico with winds of 30-35 miles per hour (48 to 56 km per hour) near and east of the center, has a 60% chance of becoming a cyclone in the next 48 hours, the US National Hurricane Center (NHC) said on Friday.