China’s move comes as the physical crude market shows deepening signs of strain as supply explodes and demand collapses due to the coronavirus.
By : Bloomberg
| Updated on: 02 Apr 2020, 01:17 PM 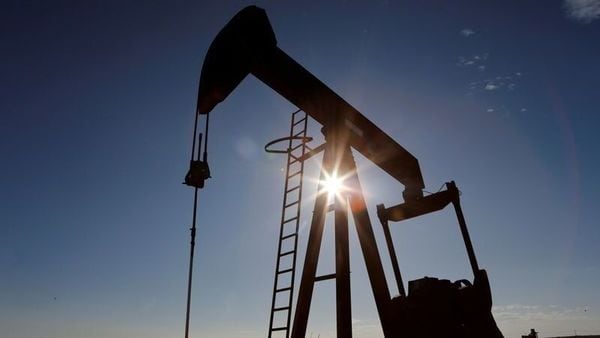 Futures extended gains as Beijing instructed government agencies to start filling state stockpiles after oil plunged 66% over the first three months of the year. China’s move comes as the physical crude market shows deepening signs of strain as supply explodes and demand collapses due to the coronavirus.

Dated Brent, the benchmark for two-thirds of the world’s physical supply, was assessed at $15.135 on Wednesday, the lowest since at least 1999. Crude has slipped below $10 in some areas including Canada and shale regions in the U.S., while some grades have posted negative prices.

China’s purchases are likely to help soak up some excess oil as the market faces an unprecedented collapse in consumption. Top trader Vitol SA said demand will be destroyed by as much as 30 million barrels a day in April.

In addition to state-owned reserves, Beijing may use commercial space for storage, while also encouraging companies to fill their own tanks, according to people with knowledge of the matter. The initial target is to hold government stockpiles equivalent to 90 days of net imports, which could eventually be expanded to as much as 180 days when including commercial reserves.

“The oil price roller coaster hasn’t stopped," said Vandana Hari, founder of Vanda Insights in Singapore. “Any sense of stabilization is likely to prove fleeting until we’re past the coronavirus peak in the U.S. and worst-hit countries of Europe."

While the cost of physical cargoes in some regions plunged to the lowest in decades, efforts by governments to stem the spreading coronavirus have vaporized consumption as the global glut swells even before Saudi Arabia unleashes a flood of crude.

The world’s biggest oil exporter plans to boost daily production this month to more than 12 million barrels after increasing output in March to a one-year high. U.S. President Donald Trump will meet the country’s oil executives Friday following his attempts to broker a truce in the price war.