Pockets of fuel demand are starting to emerge in India and China, and while a huge glut remains, global stockpile builds are starting to slow.Indian fuel consumption in May is expected to be as much as 25% higher than April.
By : Bloomberg
| Updated on: 12 May 2020, 03:33 PM 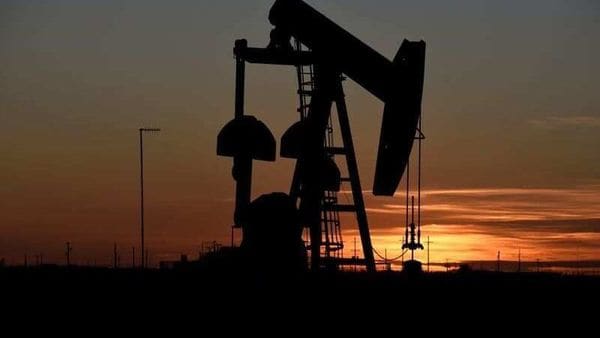 FILE PHOTO: Saudi Arabia aims to pump just under 7.5 million barrels a day in June, compared with an official target of about 8.5 million a day.

Oil edged higher as signs of a recovery in demand continued to surface following the easing of coronavirus-led lockdowns in some regions, while Saudi Arabia pledged to cut production further.

Futures rose 2.6% in New York after falling Monday. Pockets of fuel demand are starting to emerge in India and China, and while a huge glut remains, global stockpile builds are starting to slow. Saudi Arabia announced a surprise move to deepen daily output cuts by another 1 million barrels, which was followed by smaller reductions from OPEC allies the United Arab Emirates and Kuwait.

Oil is still down about 60% this year with little clarity over when global consumption will be back to pre-virus levels. China has seen a steady recovery in air and road travel in its capital city, but in Europe various degrees of lockdown continue to hobble consumption. In the U.S., an OPIS report showed that the volume of fuel sold by retailers across the nation rose just over 7% in the week ended May 2. However, the rebound is still far below 2019 levels and traders remain wary of a resurgence of coronavirus cases.

“The road to oil price recovery will likely be choppy and plagued with stop-and-go rallies and selling cycles until some level of price certainty is restored," said Roger Diwan, vice president of financial services at IHS Markit.

Indian fuel consumption in May is expected to be as much as 25% higher than April as planting season begins, requiring tractors and water pumps to burn more diesel, while trucks return to the road as lockdown restrictions ease, according to officials at two state-owned refineries. In China, more people are driving to avoid public transport due to virus fears, boosting gasoline demand.

Saudi Arabia aims to pump just under 7.5 million barrels a day in June, compared with an official target of about 8.5 million a day. It’s a sign of the urgency in Riyadh to stabilize the market as rock-bottom prices force the kingdom to impose deep spending cuts. Kuwait and the U.A.E. followed by announcing additional daily curbs of 80,000 barrels and 100,000, respectively.

Saudi Aramco reported a 25% year-on-year drop in first-quarter profit after the crash in oil prices. Income declined to 62.48 billion riyals ($16.6 billion) in the first three months of the year, according to a statement. It said it would pay a dividend of $18.75 billion for the quarter, keeping it on track to meet its pledge of a full-year payout to shareholders of $75 billion.