Not the right time to seek GST rate cut on vehicles: Maruti Suzuki

The auto sector has been demanding rate cut for some time to tackle the impact of coronavirus pandemic on business.Maruti has so far opened its Manesar plant for production, and only a third of its dealerships so far after lockdown relaxations.
By : Sabyasachi Dasgupta
| Updated on: 14 May 2020, 08:16 AM 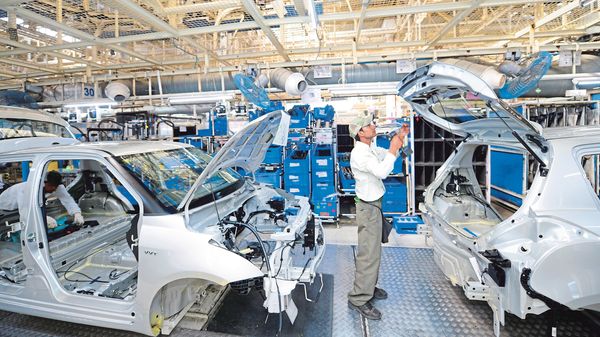 Maruti has put in place specific procedures to ensure smooth resumption of operations.

India's largest carmaker Maruti Suzuki thinks it is not the right time to ask for a GST rate cut on vehicles. RC Bhargava, Chairman of Maruti Suzuki, said that with auto industry production levels at record low level, such a demand will not yield the desired results.

"At the moment, as we stand today, at least for the next month or two months the production volume of all automobile makers is going to be very low. At this point a GST cut won't make a sense," said Bhargava in a video conference.

Recently, in a meeting with the Centre, auto industry leaders had suggested several steps to revive the sector. One of the key suggestions was to reduce GST rate on vehicles. Bhargava, who was part of that meeting, said the GST rate cut will become relevant really when production can actually be increased to higher levels and where the supply is going to be in excess of demand.

On Tuesday, Maruti resumed production at its Manesar plant following easing of lockdown guidelines and may also start the Gurugram plant by May 18-19. Bhargava said, "We have started production in Manesar. We will expand production for the second line sometime next week. We hope to start in Gurgaon around 18-19th of this month." Maruti's other facilities, like the Gujarat plant, has not started production due to active cases of coronavirus in nearby areas. Bhargava also said there are uncertainties about production as workers movement is still not free due to problems of permits from district authorities.

The component supplies also have uncertainties as it is unclear which area could become a containment zone when and which state allows whom to function.

Only about a third of Maruti's dealers have opened for business so far since lockdown restrictions were eased. "We have about one-third of our dealers which have opened so far, 60 per cent of them are in rural areas and gradually we expect the remaining 2,000 dealers to open but it will take a little time," Bhargava said.

He further said, "We have actually received a little over 5,000 and about 2,300 cars have been delivered and 1,900 workshops are functioning but loads in these workshops have become very low during the lockdown period. This business will also pick up gradually."

Maruti Suzuki on Thursday announced that its March-quarter profit came down by 28% due to falling demand in the country which was hastened by the national lockdown in place since the third week of March.

While phased production only recently began at its Manesar plant and remains suspended at its plant in Gujarat, market value reported a net profit of ₹12.92 billion ($171.53 million) for the March quarter which is a significant fall from ₹17.96 billion in the same period a year earlier.