Union Transport Minister Nitin Gadkari said he will launch an all-new electric tractor in India in the next 15 days.The minister didn't give any indication about what to expect from India's upcoming electric tractor.
By : HT Auto Desk
| Written By : Prashant Singh
| Updated on: 19 Feb 2021, 14:58 PM 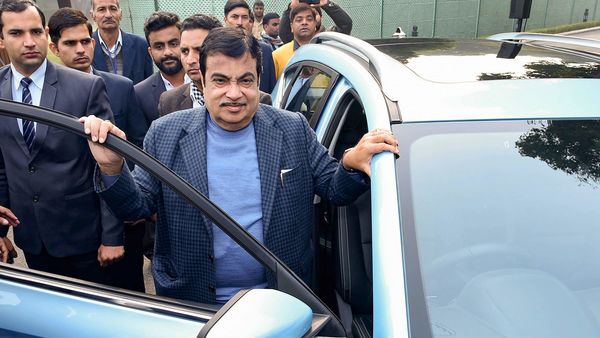 New Delhi: Union Transport Minister Nitin Gadkari said he will launch an all-new electric tractor in India in the next 15 days.

Soon after introducing the country's first CNG Tractor, Union Minister, Nitin Gadkari on Friday announced that he will launch an all-new electric tractor in India soon. "I'll be launching an electric tractor in the next 15 days," Gadkari noted at the launch of the 'Go Electric' Campaign earlier on Friday.

The minister didn't give any information about what to expect from the upcoming electric tractor, thus further details on the battery-powered farming vehicle are awaited. He also made a case for making it mandatory to use EVs for all officials in government ministries and departments.

For the record, this isn't going to be India's first all-electric tractor, as in December last year, Sonalika Tractors launched its electric tractor in the country called the Tiger. As per the vehicle maker, the Tiger has been designed in Europe, while the overall development has been carried in-house. The Tiger comes with a state-of-the-art IP67 compliant 25.5 kW natural cooling compact battery.

As per Sonalika, the tractor demands only one-fourth of the running costs in comparison to the traditionally used diesel tractors. It can be fully charged in just 10 hours using a regular home charging point. It has a top speed of 24.93 kmph and is capable of delivering a battery backup of 8 hours (under operating with 2-tonne trolley). It is also available with a fast-charging system which juices up the vehicle in just 4 hours. The tractor costs ₹5.99 lakh (ex-showroom).