The new policy, which was proposed by Finance Minister Nirmala Sitharaman during her Budget speech last month, will make all personal vehicles to undergo fitness test after 20 years while commercial vehicles would require it after completion of 15 years.
By : HT Auto Desk
| Updated on: 18 Mar 2021, 13:43 PM 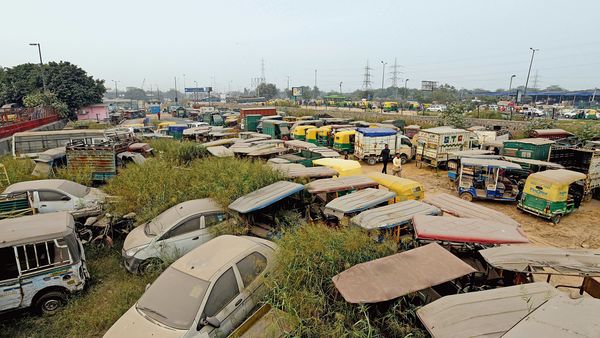 Union Minister Nitin Gadkari has announced red the much-awaited vehicle scrappage policy today in Parliament. Speaking in Lok Sabha, Gadkari spoke in detail about the policy that aims to keep old polluting vehicles from plying on road, while promoting newer vehicles to boost growth in the auto sector. The policy is likely to kick in later this year.

Gadkari said, "We have issued an advisory to all vehicle manufacturers to offer 5 per cent discount while selling a new vehicle against a scrapping certificate."

(Also read: Toll plazas on highways to go within a year, will be replaced by GPS-based tolls)

According to the Union Minister, the upcoming vehicle scrappage policy will be a win-win proposal for the auto industry too as it will reduce cost of components. He said, scrapping old vehicles will also raise demands for newer vehicles, which will boost the auto sector. He also said that the move is going to help both Centre and states to garner more GST. Besides the Centre’s proposal, Gadkari said the states too can offer discount on registration and road tax on new vehicles against scrapping of an old vehicle.

The new policy, which was proposed by Finance Minister Nirmala Sitharaman during her Budget speech last month, will make all personal vehicles to undergo fitness test after 20 years while commercial vehicles would require it after completion of 15 years. Automated fitness tests will be set up as the government will assist private partners and state governments for scrapping centres. Vehicles that fail the automated tests will be penalized with massive fines and also be impounded.

"These centres may have adequate space for test-lane, IT servers, parking and free movement of vehicles. To avoid conflict of interest, operators of fitness centres shall only provide testing facility and shall not provide repair/sale of spare services. Appointment for fitness centres may be booked online and tests reports shall also be generated in an electronic mode," he said.

A vehicle failing the fitness test or failing to get a renewal of its registration certificate may be declared as End of Life Vehicle.

The Road Transport and Highway Ministry will publish a draft notification for stakeholders' comments in the next few weeks.

Earlier, Nitin Gadkari had said that the policy is likely to help the Indian auto industry to get a 30 per cent boost, taking the turnover to ₹10 lakh crore in the years as compared to the current ₹4.5 lakh crore. He had said, "Once the policy comes to practice, availability of scrapped material like steel, plastic, rubber, aluminium, etc. will be used in manufacturing of automobile parts which in turn will reduce their cost by 30-40 per cent."