Nissan, just like other global carmakers, has been forced to cut production because of the shortage of semiconductors and other components.Nissan expects to make 3.8 million cars this year, less than the original target of 4.4 million.
By : HT Auto Desk
| Updated on: 08 Dec 2021, 09:47 AM 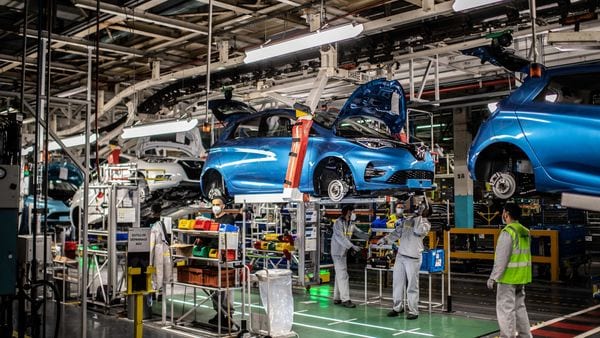 Nissan expects global supply chain constraints such as shortage of parts and semiconductor chip to extend until at least the middle of 2022, impacting production of manufacturers around the world. Parts shortage partly caused by pandemic-related disruptions and an unexpected recovery in demand, has made things challenging for carmakers globally.

While there has been an improvement in parts supply gradually, it will take some more time to get back to the normal. "Day by day it is improving but I do believe it will continue for a while," Nissan's Ashwani Gupta told Reuters, adding that the crisis would extend for the first half of 2022 at least. “For us today, the challenge which we have is how we produce the car not how we sell the car," he added.

Nissan, just like other global carmakers, has been forced to cut production because of the shortage of semiconductors and other components. The carmaker expects to make 3.8 million cars this year, less than the original target of 4.4 million.

While the total global production of all carmakers is expected to be close to 80 million units this year, which is up from 76 million in 2020, Gupta said that it would take some time to return to between 95 and 97 million units a year. Volvo Cars also recently warned that the semiconductor shortage would continue into next year.

While the supply-chain crisis persists, Gupta recently told Bloomberg that his company is on a ‘good path’ with its electrification plans and profit recovery. In its electrification push, Nissan has committed to spending 2 trillion yen over five years. It plans to have 23 new models by 2030 of which, 15 would be completely powered by battery. "What's very important is our electrification plan is grounded, realistic and sensible," Gupta said.