NHAI says all ready for electronic toll collection before date

The Union highways ministry has said from December 1, all the toll plazas across the national highways will be equipped to collect toll digitally from accounts linked to RFID-based FASTags and cash payments will attract penalties.
By : PTI
| Updated on: 22 Nov 2019, 11:05 AM 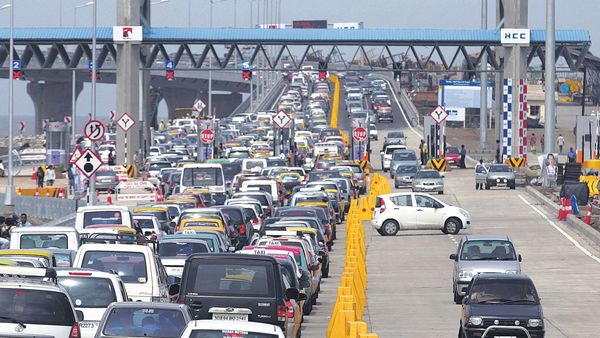 The government will make FASTag compulsory from 1 December on all national highway toll plazas.

Mumbai, Nov 21 (PTI) The National Highway Authority on Thursday said it is all geared up for achieving seamless road travel nationwide by making toll collections electronic by November 30.

The Union highways ministry has said from December 1, all the toll plazas across the national highways will be equipped to collect toll digitally from accounts linked to RFID-based FASTags and cash payments will attract penalties.

"We had initially implemented the system on single lanes, which we have ramped up significantly. By November 30, all the lanes will be enabled with electronic toll collection system," NHAI chief general manager (tech) for Mumbai Rajeev Singh told reporters.

There are around 155 toll plazas across the country.

The National Electronic Toll Collection (FASTag) programme has been implemented nationally to remove bottlenecks and ensure seamless movement of traffic.

"While we are implementing the system, we are provisioning one lane (extreme left lane in each direction) which would be kept as hybrid lane to accept FASTag and other modes of payment," he said.

Singh further said if any car enters the FASTag lane without the tag, the owner of the vehicle will have to cough up twice the normal rate at the toll gates.

He further said that vehicle owners who intent to buy the FASTags from Indian Highways Management Company, incorporated by NHAI and its concessionaires and financial institutions to carry out electronic tolling and other ancillary projects of NHAI, will not have to pay the purchase fees, which is around ₹100 per tag, if bought from banks.

"In Maharashtra, there are 19 toll plazas and we are in advanced stages of completing the trial runs. These tags can also be used on state highways as well," he added.