New guidelines for cab aggregators may have negative impact for drivers: RedSeer

Capping surge and platform fee may ultimately lead to reduced earnings for 5 lakh drivers, as per research firm RedSeer.The guidelines could also lead to increased prices and higher wait times for the six to eight crore consumers.
By : PTI
| Updated on: 29 Nov 2020, 10:39 AM 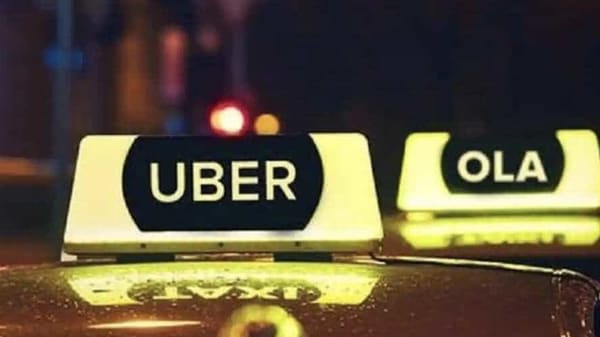 The guidelines issued on Friday for cab aggregators, which seek to cap surge pricing at 1.5X, among other provisions, are expected to have mixed impact for the sector that will benefit from improved safety regulations but could have "negative" fallouts for drivers' earnings, research firm RedSeer said.

The Motor Vehicle Aggregator Guidelines caps surge pricing at 1.5 times the base fare and stipulates that drivers will receive at least 80% of the fare with the remaining charges going to aggregators like Ola and Uber.

The guidelines moot safeguards for female passengers availing ride pooling, saying they will have to be provided the option to pool only with other female passengers. It also states that both driver and rider will be charged a penalty of 10% of the total fare (not exceeding ₹100) in case they cancel without a valid reason after the ride has been accepted.

These guidelines are issued as guiding framework for state governments to consider while issuing licenses to transport aggregators and for regulating the business conducted by such companies.

Key players like Ola and Uber did not offer any comments on the implications of the guidelines on operations and fare.

RedSeer Associate Partner Consumer Internet Ujjwal Chaudhry said the guidelines shared by the government will have a mixed impact.

"It is positive in terms of formalising the sector as well as increasing the consumer trust on aggregators through improved safety regulations," he said in a statement.

However, overall, the impact of these guidelines on the ecosystem growth are negative as capping surge and platform fee will ultimately lead to reduced earnings for 5 lakh drivers (currently on these platforms), Chaudhry added. He said these guidelines will also lead to increased prices and higher wait times for the 6-8 crore consumers who use it for their mobility and commute needs.

According to RedSeer, the mobility market has seen a gradual recovery in wake of the coronavirus pandemic as consumers are still not traveling as much using public transport.

In a statement, the Ministry of Road Transport and Highways said that prior to the amendment, the regulation of aggregator was not available. Aggregators have been defined as a digital intermediary or marketplace for a passenger to connect with a driver for the purpose of transportation.

It said the license issued by the state government is a mandatory pre-requisite for permitting business operations by the aggregator. These guidelines seek to establish a regulatory framework for aggregators by state governments to ensure that players are "accountable and responsible for the operations executed by them", the ministry added. This will also enable the government to achieve its goal of ensuring maximum use of public transport, reduced fuel consumption and consequently reduction in the import bill, and lower vehicular pollution.

The guidelines also state that aggregators will have to ensure that the data generated on the app is stored on a server in India and that such data shall be stored for a minimum of 3 months and maximum of 24 months from the date on which such information is generated.

This data shall be made available to the state government as per due process of law, it said adding that any customer data cannot not be disclosed without the written consent of the user.