The new Act with stricter provisions has come into force in the country from September 1, 2019.Alignment with global practices, especially those dealing with customer safety and driver rights protection, are expected to have a positive impact on the society at large.
By : Sudhakar Rajendran
| Updated on: 18 Dec 2019, 11:28 AM 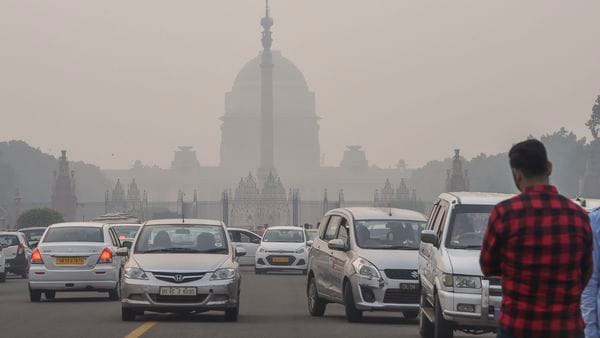 A 30-year-old law governing motor vehicles has been subjected to a overhaul by the government in the recently passed Motor Vehicle Act (Amendment) Bill, 2019. While the changes are many, the focus areas include road safety, citizen-government interaction, and last-mile connectivity. With the UN-defined target being reducing to half the number of global deaths and injuries from road traffic accidents, this bill could not have been more apt and timely.

The urban mobility landscape is set to change. Leading this are ride-hailing companies, which are beginning to be treated as “digital intermediaries" and being placed under the umbrella of marketplaces. At present, several states lack norms to regulate the cab aggregators. This has led to uncertainty over key aspects such as the legality of bike-taxis and ride-sharing in taxis.

After the amendments, while state governments will continue to issue licences to the aggregators, the states will need to work in accordance with the guidelines issued by the Centre. Further, as cab aggregators use technology as a platform to conduct business, the law also requires them to comply with the provisions of the Information Technology Act, 2000. One of the most significant takeaways from the law is that of a statutory recognition to a ubiquitous, but nascent industry—moving the cab aggregating industry from operating at the fringes of the regulatory landscape to specific regulatory policies being formulated in the context of a dynamic industry.

This move is in line with global practices, wherein such aggregators have been accorded recognition and rules/ guidelines have been established to govern the operations of such operators. While the government guidelines for aggregators is in a draft stage, similar guidelines in the US and the UK cover aspects pertaining to passenger safety, pricing, public liability insurance, reporting of misdemeanour (including driver dismissals), measures pertaining to customer compliant redressal, conditions leading to cancellation of licences and training to drivers. The Indian regulations can be expected to cover some of these aspects, which have been hitherto grey areas. Other positives for cab aggregators could include matters that bring in operational simplicity, such as recognition for digitized documents and clearly demarcated accountabilities of aggregators and drivers.

While there is a welcoming notion perhaps for the cab aggregators, this could also lead to higher costs associated with compliance. Higher penalties for non-compliance of licence conditions, requirement to comply with provisions of the IT Act, and an increase in insurance costs could place more burden of compliance on such cab aggregators. These could include changes to aggregator commissions, working hours of drivers, mandatory insurance for drivers and customers, data storage of all rides for a defined period, surge pricing, penalties for cancellation or refusal of rides, safety mechanisms in the car and during rides, and the need for stronger background verification of drivers.

Overall, the changes to the Act seems to be a step in the right direction. Alignment with global practices, especially those dealing with customer safety and driver rights protection, are expected to have a positive impact on the society at large. That said, it would become instrumental in long-term wealth creation, brand value enhancement and the sustenance of this new industry, which has rapidly grown to become a household name.

Sudhakar Rajendran is partner (advisory) at EY India. The views expressed are personal.