MG Motor plans to set up second plant in India

MG Motor's current manufacturing facility in Halol (Gujarat), which it bought from General Motors, can roll out a maximum of one lakh units per annum.
By : PTI
| Updated on: 05 Feb 2020, 02:29 PM 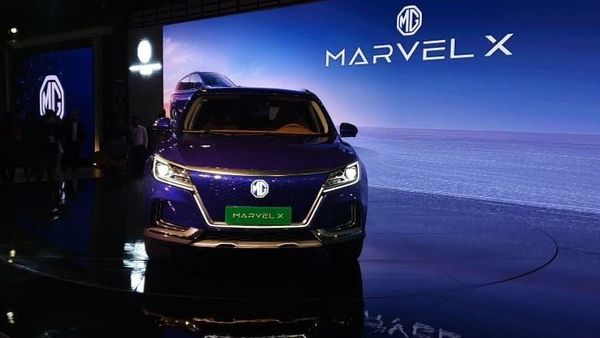 MG Motor India on Wednesday said it is looking to set up a new manufacturing plant in the country as it expects its existing plant in Gujarat to run out of capacity by the end of next year, a top company official said on Wednesday.

The company's current manufacturing facility in Halol (Gujarat), which it bought from General Motors, can roll out a maximum of one lakh units per annum.

"End of next year hopefully, we should touch one lakh volume and we are looking at two lakh volume in 2022," MG Motor India President and MD Rajeev Chaba told PTI on the sidelines of the Auto Expo here.

He further said: "Halol currently can do one lakh cars per year. So that means we need a new plant and we need to decide (a plan of action) in the next three-four months."

Terming it as a mid-term plan, Chaba said the company would also look at having four products to its portfolio by the end of next year.

"So, we are committed to launching four products in two years, and after that one new product each year till 2025," he added.

When asked if the company was planning to set up a new plant or looking at a Halol-like facility, Chaba said: "Right now we are looking at all the options - brownfield, greenfield. That's why we will take three-four months to decide our strategy."

He added that company officials were in talks with various state governments and were evaluating different options.

On product portfolio, Chaba said the company would have a volume model in addition to one electric vehicle (EV) and two sports utility vehicles (SUVs).

When asked if the coronavirus episode in China is going to impact supply of parts for various models, he said: "Production is going to be impacted this month, but we expect to start recovering from March, April onwards."

On increase in customs duty on imported EVs, Chaba said the development won't have any impact on MG Motor's electrification plans.

"We will keep on launching electric products here... it is being done to promote domestic manufacturing which is good for the country," he noted.

He, however, added that there should be a long-term policy regime in the country with less surprises.

Chaba said the company is looking to increase localisation element for its electric car ZS.

"Right now local content is very less but, by end of next year, we should have 30-40 per cent localisation on it," he added. PTI MSS ANS ANS