Home Auto News Meerut To Prayagraj In Under 5 Hours: Ganga Expressway Project To Start In 2021

Meerut to Prayagraj in under 5 hours: Ganga Expressway project to start in 2021

The 594-km long six-lane expressway will connect the two cities and will pass through 12 districts.Uttar Pradesh Chief Minister Yogi Adityanath to lay foundation of the Ganga Expressway in June, 2021.
By : HT Auto Desk
| Updated on: 23 Nov 2020, 08:46 AM 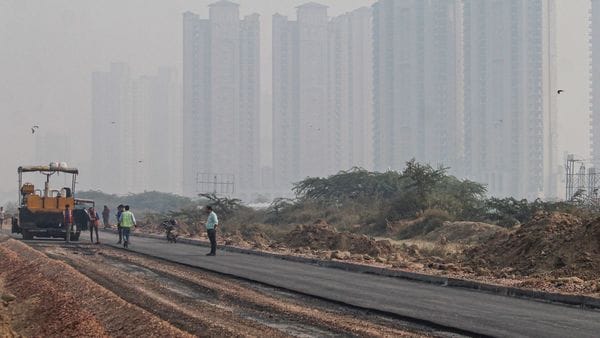 UP chief minister Yogi Adityanath has said that foundation stone for the Ganga Expressway will be laid in June, 2021. (File photo)

Uttar Pradesh Chief Minister Yogi Adityanath has instructed officials to speed up land acquisition process for the upcoming Ganga Expressway. Adityanath has asked the authority to start work on the ₹36,410-crore greenfield expressway from Meerut to Prayagraj by next year.

The expressway will start from NH-235, near Shankarpur village in Meerut and will end at NH 330 near Soraon in Prayagraj district. It will pass through 12 districts - Meerut, Bulandshahar, Hapur, Amroha, Sambhal, Badaun, Shahjhanpur, Hardoi, Unnao, Rae Bareli, Pratapgarh and Prayagraj.

Yogi Adityanath has said that foundation stone for the 594-km-long six-lane expressway, expandable to eight-lane, would be laid in June 2021 and 90 per cent of the land acquisition should be completed by then.

The unique aspect of Ganga Expressway is that it will link other expressways in the state through Lucknow-Agra Expressway, Purvanchal Expressway and Ballia Link Expressway. Once completed, the total network of expressways in Uttar Pradesh will be 1,900 km and provide pace to industrial, agriculture development and draw investments in various sectors.

To check movement of stray cattle and locals, a precast concrete boundary wall will be constructed along the expressway. For public convenience, way-side amenities will be provided.

Yogi Adityanath had announced construction of Ganga expressway during Kumbh Mela in 2019. The project was pending for the last 15 years. An estimated ₹9,255 crore will be spent towards acquisition, while ₹22,145 crore will go to civil works. Reviewing the preparations for the construction, Adityanath has directed the departments concerned to work in 'mission mode' to start the greenfield project.