While it produced more small cars than it did in March this year, production of compact, utility and commercial vehicles have gone down.
By : HT Auto Desk
| Updated on: 06 May 2021, 09:14 AM 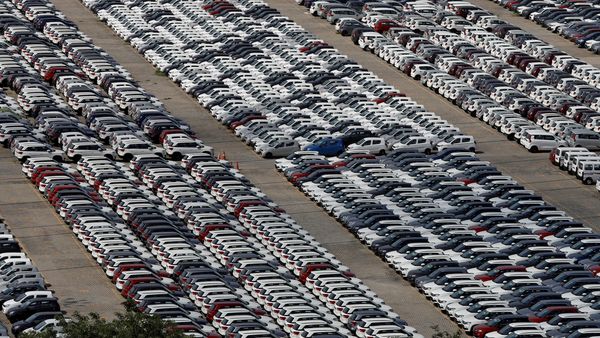 India's largest car manufacturer Maruti Suzuki has reported that its production has shrunk by at least 7 per cent last month, compared to March 2021, after it manufactured 1,59,955 units. It is also far less than what Maruti produced a year ago when the overall figures stood at 1,72,433 units.

Maruti's production has been going on in full swing before it decided to halt work to divert oxygen to hospitals last week.

According to statement issued by the carmaker, Maruti produced 29,056 units of mini cars, which include small hatchbacks like Alto and S-Presso, in April as against 28,519 units in March. It also built 83,432 units of compact cars like WagonR, Celerio, Ignis, Swift, Baleno and Dzire, during the same period. However it has declined from 95,186 units it produced in March 2021. Production of utility vehicles too were down from March 2021 at 31,059 units. Maruti produces utility vehicles like Gypsy, Ertiga, S-Cross, Vitara Brezza and XL6.

Maruti said it also produced 2,390 units of its light commercial vehicle Super Carry in April, down from 2,397 units in March 2021.

"There was no production in April 2020 due to Covid-19 related lockdown. A comparison between April 2021 production volume and that of April 2020 doesn't have any meaning," it noted.

RC Bhargava, Chairman of Maruti Suzuki India, recently said in an interview that the carmaker is thinking of reducing production capacity amid fears that demand for its cars may go down due to the ongoing Covid-19 restrictions across the country. He had said that the problem is on the "sales side because in several states there is a partial lockdown and there’s a curfew in some states and the dealers who sell the cars are having to close down."

Another key reason behind Bhargava's thoughts is the chip shortage crisis that ails most carmakers around the world. Despite its efforts to address the issue, Maruti does not see the problem solved in the next few months. Bhargava said, "Customers have been quite accommodating. They’ve been accepting models which use the chips that are available and they don’t insist on waiting for the cars till the chip situation changes."