The sedan and compact segments saw a decline in sales although UVs fared better for Maruti Suzuki.Exports from Maruti Suzuki also saw an upswing.
By : Shubhodeep Chakravarty
| Updated on: 01 Mar 2020, 01:29 PM 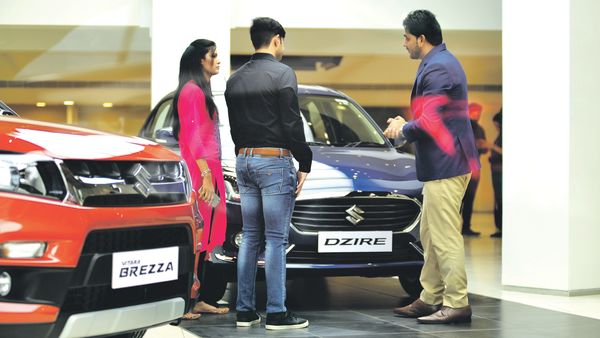 The decline was mostly due to the compact segment which features cars like WagonR, Swift, Dzire, Celerio, Baleno and Ignis (facelift). This segment as a whole saw a fall of 3.9%. Maruti Suzuki had sold 72,678 units in this segment in February of 2019 but manages to sell 69,828 last month. Another segment where sales dropped was in the sedan category which has been a bother for not just Maruti Suzuki but direct rivals Hyundai and Honda as well. Maruti's Ciaz saw only 2,544 units being sold last month, down a sizable 17.5% from a year ago when 3,084 units were sold in the month of February.

Additionally, the Eeco sales also suffered with the company selling 11,227 units compared to 14,565 units 12 months back. This is a decline of 22.9%. Commercial vehicle Super Carry fared even worse - and by far. Just 448 units were sold last month as against 2,188 units in February of 2019.

On the positive side, the mini segment saw a rise of 11.1% with Alto and S-Presso faring reasonably well in the month just gone by. Maruti Suzuki sold 27,499 units in this segment, as against 24,571 units in February of 2019. The Utility Vehicle (UV) segment also performed well with a rise of 3.5%. This segment includes the facelift Vitara Brezza, S-Cross, Ertiga and the XL 6. The company sold 22,604 units, up from 21,834 units 12 months ago.

Maruti Suzuki had reasons to smile as far as exports are concerned with 10,261 units being dispatched in the entire month of February of 2020. The company had exported 9,582 units in the same period last year.

With the transition to BS 6 emission norms - from April 1 - almost here, Maruti Suzuki's product portfolio has been upgraded. The launch of Vitara Brezza and Ignis face lifts should be able to lift the company even if there is a threat of parts' disruption from China - due to coronavirus - looming large over Indian and global automotive industry.