Maruti Suzuki India predicts an adverse impact on production at its two plants in Haryana and parent Suzuki's Gujarat factory next month due to the less availability of electronic components.
By : HT Auto Desk
| Updated on: 30 Oct 2021, 07:54 PM 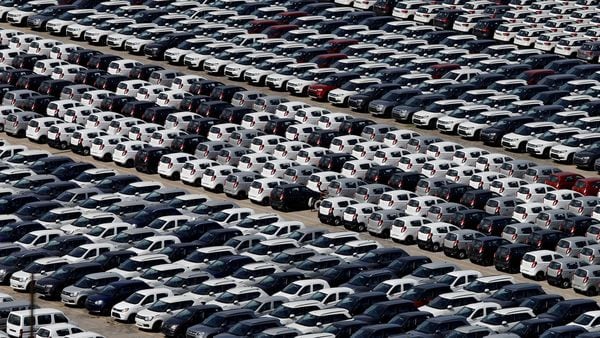 Maruti Suzuki India said on Saturday that it is expecting a detrimental impact on production at its two plants in Haryana and parent Suzuki's Gujarat factory next month due to the less availability of electronic components owing to the global semiconductor shortage.

Stating the situation as dynamic, Maruti Suzuki noted that the total production volume across both factories in Haryana could be around 85 per cent of normal roll-out in November, mentioned a PTI report. “Owing to a supply constraint of electronic components due to the semiconductor shortage situation, the company is expecting an adverse impact on vehicle production in the month of November’21 in both Haryana and its contract manufacturing company, Suzuki Motor Gujarat Pvt Ltd (SMG)," said the automaker in a regulatory filing.

Maruti Suzuki also reported a 66 per cent year on year decline in consolidated net profit at ₹487 crore in the second quarter due to the ongoing semiconductor shortage and raise in the prices of commodity. The company also shared it could not produce around 1.16 lakh vehicles in the second quarter mostly corresponding to the domestic models. Maruti Suzuki has more than 2 lakh pending customer orders at the end of the quarter for which it is making all efforts to speed up deliveries.