Maruti Suzuki hopes that the commodity prices will soften after having sort of reached the peak.Maruti's Shashank Srivastava said that the peak of commodity price rise was witnessed in quarter one but its effect came onto the OEMs after a lag of one quarter.
By : HT Auto Desk
| Updated on: 07 Nov 2021, 12:05 PM 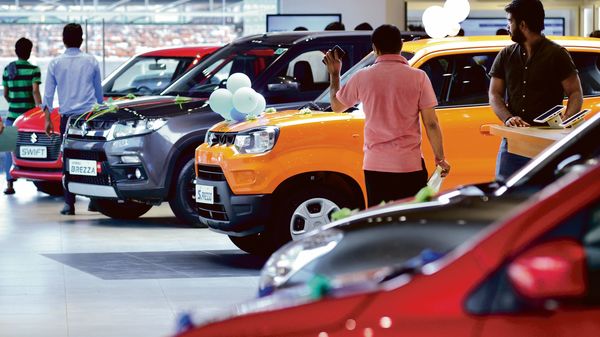 Maruti Suzuki has been keeping a close eye on the price movement of commodities so as to fix the prices of its vehicles in the future as it has not yet fully passed on its impact to consumers, a senior company official told PTI. The commodity prices had touched an 'unprecedented' high in the second quarter of the financial year.

The automaker hopes that the commodity prices will soften after having ‘sort of reached the peak’. Material costs contribute to a significant chunk of the overall cost structure for any OEM, ranging usually from 70-75 per cent of the total cost of an OEM. "In the second quarter, our material cost to net sales ratio had gone up to a very high figure of 80.5 per cent. This is unprecedented," the company's Senior Executive Director - Marketing and Sales, Shashank Srivastava, told PTI.

When asked about the company's plans to hike the prices of its vehicles around the new year as is usually done, he said, "We have to carefully monitor the situation because we haven't passed on even the past increases of commodity prices into our (vehicle) price hikes."

He added that the peak of commodity price rise was witnessed in quarter one of the ongoing fiscal but its effect came onto the OEMs like Maruti Suzuki after a lag of one quarter. "The effect of that peak had come to us in the second quarter," Srivastava said.

He added that the price of commodities has been increasing dramatically in the past one year. For example, Steel, which was ₹38 per kg, had gone up to about ₹72 per kg, though it has now come down a bit. Copper, which was priced at $5,200 per tonne, also went up to $10,400 per tonne. Besides, The prices of other precious metals like palladium, platinum and rhodium also went up by up to almost two-three times.