Mahindra and Mahindra has acquired a controlling stake in 2010 but recent years saw losses for SsangYong Motor mounting.
By : HT Auto Desk
| Updated on: 10 Jan 2022, 14:22 PM 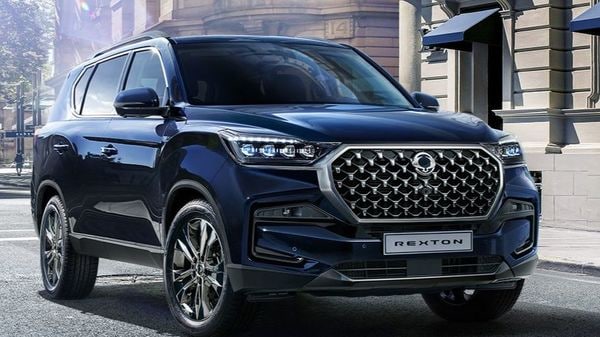 Models like Rexton from SsangYong Motor has had some degree of success but not enough to keep the company floating above surface line.

South Korea's SsangYong Motor will have new owners once again after the company confirmed on Monday that it had been acquired by a local consortium for 305 billion Won or approximately $254.56 million. SsangYong Motor had been under court receivership for several months after majority owner Mahindra had failed to find a new buyer.

SsangYong Motor has had a rather torrid past with numerous instances of finding itself in losses. Mahindra and Mahindra had acquired a controlling stake in the South Korean company back in 2010 and there were hopes that building on the SUV body type would help it revive its fortunes. It wasn't meant to be as the company became more of a liability than an opportunity for the Indian auto major.

In April of 2020, Mahindra opted to stop pumping in more money and began looking for a buyer, without success. By the end of 2020, SsangYong Motor filed for bankruptcy with an outstanding loan of 100 billion Won.

Recent year have been tough going for SsangYong Motor and the Covid-19 pandemic has dealt a crippling blow. Reuters cited a regulatory filing from the automaker to report that vehicle sales had crashed to just a little over 84,000 in 2021, a drop of 21% from the previous year. Between January and September of 2021, the auto company had an operating loss of 238 billion Won from revenue of 1.8 trillion Won.

SsangYong Motor traces its roots to Dong-A Motor in the 1950s before it was taken over by SsangYong Business Group in 1988. It would then be taken over by Daewoo Motors and SAIC, before eventually finding Mahindra and Mahindra with the controlling stake. SsangYong Tivoli was the first car off the blocks once the Indian company took control but while there were plans to go big on SUVs and even consider a deep dive into electric vehicles, not much confidence was evoked due to plunging sales numbers.