Mahindra had acquired the loss-making SsangYong Motor in 2010 but failed to turn it around since then despite several attempts.The former holds nearly 75% in the Korean company now and has since invested over USD 110 million.
By : PTI
| Updated on: 15 Dec 2020, 14:19 PM 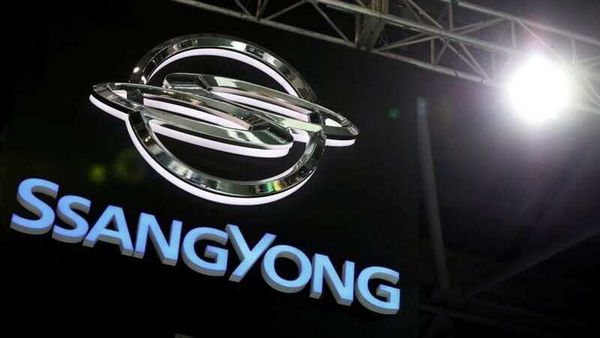 FILE PHOTO: The logo of Ssangyong Motor is seen here

"Out of the above mentioned total outstanding amount with these banks, SYMC has missed repayments of... loans aggregating an amount of approx. 60 billion KRW (approx ₹408 crore) which were due and payable on December 14, 2020," it added.

M&M said "whilst the company has made a commitment to cover the above-mentioned loans given by the Banks, its final liability will be limited to the extent not recovered from SYMC."

In April this year, M&M said its board had rejected a proposal to inject any fresh equity into SYMC.

The management and labour union of SYMC had sought a funding of 500 billion KRW (USD 406 million) from the Mumbai-based auto major over the next three years.

Mahindra had acquired the loss-making SYMC in 2010, but failed to turn it around since then despite several attempts.

M&M holds nearly 75 per cent in the Korean company now and has since invested over USD 110 million.

SsangYong has been struggling with deteriorating earnings since 2017, when it slipped into the red with a net loss of 66 billion wons as against a net profit of 58 billion wons in 2016.