Mahindra Thar’s automatic variants clock nearly half of its sales

Mahindra Thar is offered in both petrol and diesel automatic variants. All of them come with top-end specs in both convertible and hard top variants.
By : HT Auto Desk
| Updated on: 05 Feb 2021, 04:02 PM 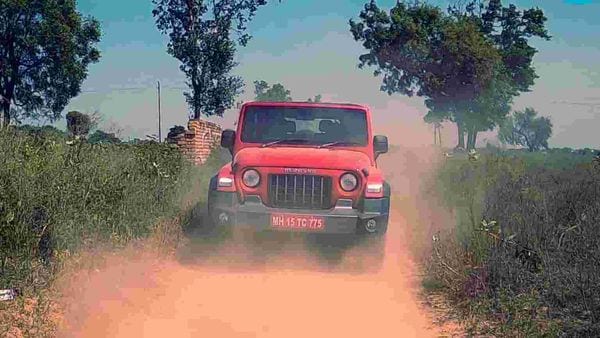 Mahindra and Mahindra has said that its flagship off-roader Thar SUV will remain one of its key focus areas in coming days as the carmaker plans its strategy in personal vehicle segment for 2021.

Mahindra Thar is offered in both petrol and diesel automatic variants. All of them come with top-end specs in both convertible and hard top variants.

Compared to the diesel models, Thar’s petrol offerings have not seen a major boost. The company said that it is clocking around 25 per cent of total bookings so far.

The new generation Mahindra Thar SUV was launched in October last year, and has since garnered a lot of interest among SUV enthusiasts in India. The company received 6500 bookings for the Thar within two months of launch and the numbers are continually growing since then. In January too, the carmaker has clocked more than 6,000 bookings.

Mahindra has also recently hiked pricing of the new Thar SUV, along with other Mahindra vehicles.

Powering the SUV is a 2.0-litre turbo petrol engine and a 2.2-litre diesel motor. The transmission options include a 6-speed manual gearbox or a 6-speed automatic torque converter unit. It has also passed the safety crash test conducted by Global NCAP with four-star ratings.