Maharashtra to reduce plying age limit of autorickshaws to 15 years 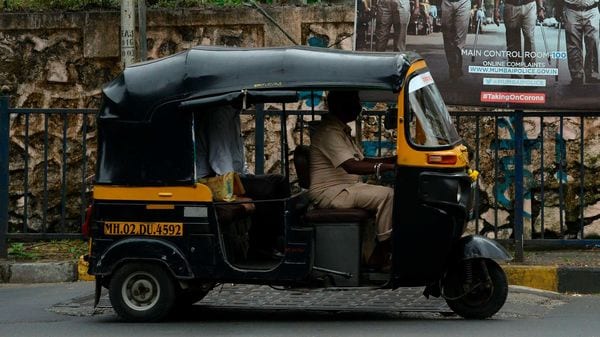 An auto rickshaw driver in Mumbai

Maharashtra State Transport Authority (STA) has decided to bring down the plying age limit of autorickshaws to 15 years, a transport department official said on Monday.

As per the decision, autorickshaws older than 15 years won't be able to ply on roads from August 1, 2021 in the Mumbai Metropolitan region (MMR), while the deadline for the same in the rest of the state has been set as August 1, 2024.

In MMR, the current age limit of autorickshaws is 16 years, while the same is 20 years in the rest of the state.

The STA chaired by state transport secretary approved the decision in its meeting held on September 24, the official told PTI.

As per the STA, the decision will be implemented in four stages between August 1, 2021 and August 1, 2024 in the rest of the state.

The STA, a quasi-judicial body, took the decision to cap the age of autorickshaws on the basis of a recommendation to this effect made by a panel headed by former IAS officer BC Khatua.

The Khatua committee had submitted its report to the state government in October 2017, which accepted majority of its suggestions including fixing the age of autorickshaws.

In its report, Khatua panel had recommended to reduce the age cap of autos to 15 years in four stages between August 1, 2018 and August 1, 2021 excluding MMR.

Maharashtra has over 10 lakh autorickshaws.

Earlier, a decision to cap the plying age of autos to 16 years in MMR and 20 years in rest of the state was taken by the STA on August 1, 2013 on the basis of recommendations made by Hakim Panel, the official said, adding that the age limit of taxis was fixed at 20 years.

Maharashtra Transport Commissioner Avinash Dhakane said the STA had taken the decision based on a recommendation made by the Khatua panel.

"The state government had already accepted the recommendation of Khatua panel about fixing the age limit for autos. Due to the Covid-19 outbreak, STA has revised the deadlines," he said.

"I don't understand the logic behind reducing the age of auto-rickshaws by one year from 16 years to 15 years (in MMR)," he told reporters.