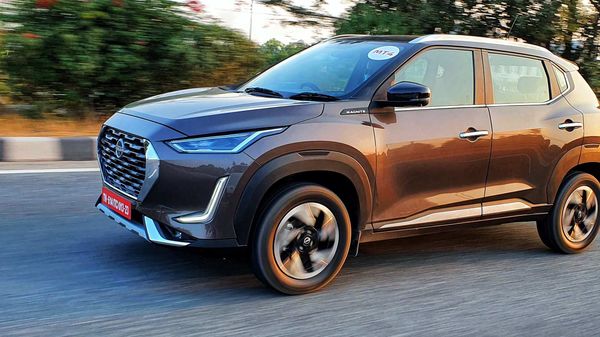 When Nissan Motor launched the Magnite SUV in India last year, the Japanese carmaker pinned its hope of revival in the country almost solely on this sub-compact SUV. Within a couple of months, it is already showing its results.

Nissan India has clocked its best month in years in terms of sales last month when it registered a year-on-year growth of almost 185 per cent. Needless to say, the Magnite SUV was the sole reason behind this massive threefold rise.

Nissan sold 4,021 units in January against 1,413 units it sold in the some month previous year. When it comes to month-on-month growth, the carmaker has fared even better. Against a meagre 599 units in December 2020, the first month of the new year brought in more than 570 per cent growth to the Japanese carmaker.

Since December last year, Nissan Magnite has had a rousing one month since being launched in the Indian car market as the most affordable sub-compact SUV on December 2, receiving 32,800 bookings.

Nissan underlined the massive demand and interest in Magnite, and said that it is adding 1,000 additional employees and adding a third shift at its manufacturing facility in order to reduce the current waiting period spanning up to three months.

Powered by a 1.0-litre petrol engine which is available in both naturally aspirated as well as turbocharged versions, Magnite also gets a five-speed manual as well as an X-TRONIC CVT gearbox. The car has an optional Tech Pack for around ₹38,000 which puts in ambient lights, premium music system, wireless phone charging - among others, and has a number of single and dual-tone colour options.

The Magnite recently secured a four-start safety rating in the ASEAN NCAP crash tests and while the model put to the test was made in India, it is not clear if it is also one that is made for India.