At a time when car makers are struggling with production and sales-related challenges, Volkswagen and Toyota possibly face the biggest tasks of the lot due to their sheer size in the global automotive business.
By : HT Auto Desk
| Updated on: 12 May 2020, 03:50 PM 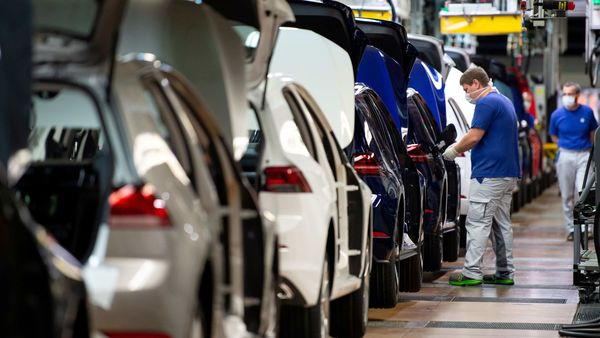 The automotive industry around the world is feeling the pain as Covid-19-related developments have sent demand crashing and production levels staggered.

Volkswagen and Toyota have competed against each other for several years for the crown of being the world's largest car maker in terms of market share, vehicles manufactured and vehicles sold. In 2019, Toyota emerged on top with a market share of 10.24% as against Volkswagen's 7.59%. And yet, market share would perhaps count for very little when data for 2020-21 is assessed in the times to come because of the massive impact on the automotive industry from Covid-19 pandemic.

While automakers are facing an uphill task in dealing with business-related challenges brought about by Covid-19 pandemic and its fallout, both Volkswagen and Toyota are likely to bear the maximum brunt.

The Japanese car maker has already painted a horrific picture of what is in store. According to a Reuters report, Toyota expects profit to drop by 80% to its lowest in nine years. The company expects to take a massive 1.5 trillion yen ($13.95 billion) hit from a fall in global vehicle sales this year, largely due to Covid-19. ""The coronavirus has dealt us a bigger shock than the 2008 global financial crisis," Toyota President Akio Toyoda reportedly said at a livestreamed media briefing.

The Germans may not fare much better.

According to reports, Volkswagen brand sales in Germany crashed by 68% in April. Sales fell even more drastically across Europe and were down by 83%. It is highlighted how the company - like most others - hardly sold any vehicles in countries like UK, Spain, France and Italy where the pandemic has been at its worst. In the US, sales were down 35% in the month. In March itself, Reuters had reported that Volkswagen was burning through $2.2 billion a week due to production shutdowns.

Big players often weather the storm better than others but often tend to also take the bulk of the hit from global challenges - pandemic or otherwise.

Automotive analysts are united in predicting a tumultuous time ahead but many also point to losses suffered by Volkswagen and Toyota as reference point for what may yet to come for the entire industry. Toyota, in particular, has officially stated that it expects sales to remain weak till December before reaching 2019 levels at some point in 2021. It may well be the same for most other automotive players.