Lobsters vs cars? Donald Trump threatens to impose tariff on vehicles made in EU

Taking aim at EU imposing 8% duty on American live lobsters, Donald Trump has threatened to impose a similar tariff on EU-made cars.This is hardly the first time Trump has taken an aim at cars sold in the US which are made outside the country.
By : HT Auto Desk
| Written By : Shubhodeep Chakravarty
| Updated on: 06 Jun 2020, 05:00 PM 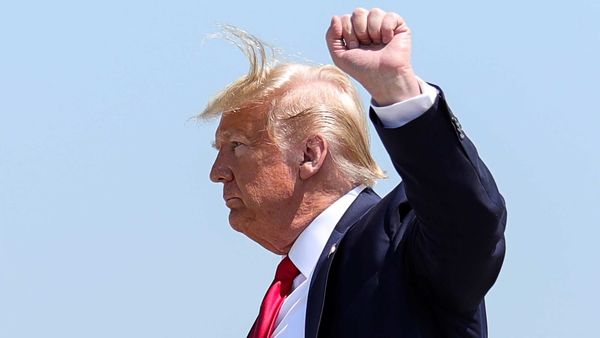 US President Donald Trump gestures as he arrives at Bangor International Airport in Bangor, Maine, U.S.

Donald Trump is backing American lobsters. And how. The US President recently took a straight aim at the European Union and said cars manufactured here would attract tariffs if duties on US lobsters are not reduced.

Several auto makers export their vehicles manufactured in the EU to the US. Trump has previously called out several German automotive giants for not manufacturing in his country, accusing them of not creating jobs even though they get benefits from a booming market here.

The car market may not be booming in Covid-19 times but Trump appears set to further the troubles. “If the European Union doesn’t drop that tariff (on American lobsters) immediately, we’re going to put a tariff on their cars, which would be equivalent," he said. "It’ll be the equivalent, plus."

Financial Times reports that while Canadian lobsters are imported duty-free by the EU, there is an 8% duty in the block for American live lobsters. This has been called out by American lobster producers, especially those in Maine, and has now given ammunition to Trump to target EU with.

But what do cars have to do with the large marine crustaceans? Retaliatory fire, perhaps.

Cars made outside of the US but sold here have been in the line of Trump's firing for quite some time now. “We’re working on a deal where the European Union will agree to pay a 25% tariff on all Mercedes-Benzes, BMWs coming into our nation, so we appreciate that," he was quoted as saying by Bloomberg in August of 2019. "I’m only kidding," he would go on to add.

Trump, however, has hardly been kidding when it has come to calling out car makers to 'Make in USA.' It is not just German luxury car makers but American companies too which have been 'forced' to look at larger investments in the US in the wake of Trump's statements. Analysts and industry experts believe the opinions - often expressed vociferously by Trump, may have prompted companies like Ford to plan investments worth $1.2 billion in US plants. In early 2019, Volkswagen announced it would invest $800 million to make new electric cars in Tennessee. A month later, VW Group Chief Executive Herbert Diess would tell CNBC that he had done enough to 'please' Trump.

Although Trump's latest threat on duties on lobsters is not specifically directed at car makers, there is potential for it to explode in their faces.