Lime plans to add moped-sharing to scooter and bike services

When it launched in 2017, Lime was solely focused on bicycles. It added scooters later that year.The company now plans to introduce mopeds to some fleets.
By : Bloomberg
| Updated on: 27 Jan 2021, 17:05 PM 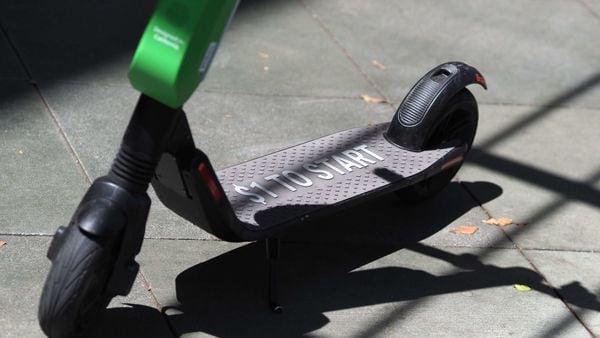 Lime, the scooter and bike-sharing platform, plans to introduce mopeds to some fleets starting this spring as it continues to assemble a range of transportation options intended to tempt people to give up their cars. The additions will bring the company into direct competition with Revel Transit Inc., the Brooklyn, New York-based startup that has popularized moped-sharing in a handful of American cities over the last year.

Lime, whose official name is Neutron Holdings Inc., sees mopeds as a form of transportation that’s more appropriate for travel distances of up to five miles, or for lugging around groceries. The company will launch first with 600 scooters in Washington in March, followed by Paris later this spring. It is considering expanding to other cities later in the year. Wayne Ting, Lime’s chief executive officer, said the company chose Washington and Paris because it already operates fleets of bikes and scooters in those cities, whose local governments are amenable to new mobility options. “They’re committed to showing there’s something better than the car," Ting said. Lime is in active conversations with most cities about permitting.

The Washington,D.C., Department of Transportation, which is currently running a pilot program for moped sharing , said it has not yet approved companies other than Revel to operate in the district. Lime, whose mopeds will be manufactured by the Beijing-based Niu Technologies — the same supplier Revel uses — says it has added such features to the motorbikes as infrared sensors that will help ensure riders return helmets to the cases attached to the vehicles.

When it launched in 2017, Lime was solely focused on bicycles. It added scooters later that year, after Bird Rides Inc. gained overnight success with a scooter-sharing service in Santa Monica, California. The two companies began racing to launch in new cities, fueled by an astonishing amount of venture capital. Lime expanded its service to include other forms of transportation. Its founders said in 2018 that they were working on creating a network of go-kart-esque “transit pods," and the company briefly ran a car-sharing service in Seattle.  Lime and Bird burned through money, and both were forced to retrench even before Covid hit the mobility industry hard early last year.

Ting said Lime’s attempt to expand into car-sharing came too early, and that it didn’t make sense to add a fleet of vehicles that relied on combustion engines, given that company’s mission to reduce carbon emissions. The electric mopeds are a better fit, he said, adding that the company also plans to launch other vehicle types by the end of the year.  Gabe Klein, a former Zipcar executive who now runs CityFi, a consultancy, said that it’s logical for mobility companies to expand into various types of vehicles. “I’m less impressed on the business side with companies that are married to just one form factor," he said.  But mopeds bring their own set of concerns. They are bigger and faster than scooters, which makes them more dangerous.

Klein said more riders will inevitably mean more accidents, which he fears could make insurance costs untenable.  Revel has already faced controversy over fatal crashes involving its vehicles, which could make public officials less receptive to moped-sharing programs in the future. Even if city governments embrace moped-sharing, they could undermine its economics with regulations. In New York, some officials have argued for safety measures that seemed almost impossible to comply with.

Polly Trottenberg, the former commissioner of transportation for the city, acknowledged last fall that the requirements the city was considering for Revel “may make it hard for the company to be financially viable."  Mopeds cost more than scooters for companies like Lime to purchase, and it’s not clear how much more people will pay to ride them; Lime says it is still working on pricing for Washington. Ting said he guesses people will take longer trips on mopeds than on scooters, translating to higher revenue for each ride. But he acknowledged that many questions remain open. “We’re going to find out," he said. 'What happens in Excel doesn’t always happen in real life."