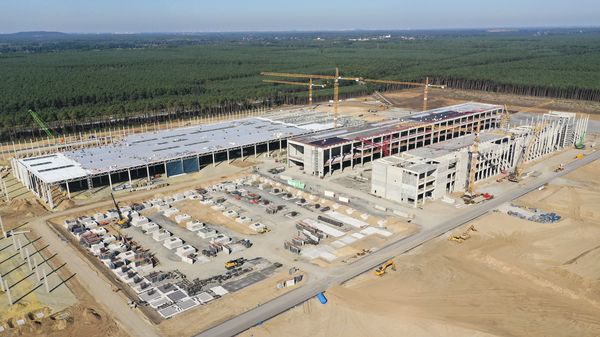 Germany, the home to traditional car manufacturers such as Volkswagen, Daimler, and BMW, is known for its complex regulation and bureaucracy.

Tesla boss Elon Musk is not too happy with the bureaucratic norms that he feels are possibly delaying the production at the company's Berlin Gigafactory. Musk paid a visit to the Tesla Gigafactory Berlin construction site and expressed his displeasure about the bureaucratic red-tapism.

The Berlin Gigafactory of Tesla was originally scheduled to start production in July of this year. However, the plant is now likely to commence production of Tesla cars only towards the end of the year as Musk has indicated. According to the Tesla CEO, the production has been delayed by around six months and he blames it on the bureaucratic red-tapism in Germany.

According to reports, Musk commented that it's hard to predict with precision because the company can only make the cars when all of the pieces are available. "It looks like we’re able to start production end of this year," he said, while also adding, "I think there could be less bureaucracy, that would be better. There should be some kind of active process for removal of rules. Otherwise, over time, the rules will just accumulate and you get more and more rules until eventually you can’t do anything."

The massive Berlin Gigafactory of Tesla has been highly controversial from the beginning of the project. Early construction plans of the EV manufacturing plant caused local residents to take to the streets in January 2021, raising environmental concerns. The company has been accused of destroying forest land indiscriminately at the site. Also, environmental workers accused the company of wasting groundwater illegally.

Germany, the home to traditional car manufacturers such as Volkswagen, Daimler, and BMW, is known for its complex regulation and bureaucracy.

Meanwhile, German officials said that they don’t plan to meet Tesla’s CEO as his visit was technical. Earlier, when Musk visited the Berlin Gigafactory, he participated in a hiring program for a new team called the Tesla 25 guns, a 25-person strong engineering task force tasked to help fix problems in the building of the Berlin Gigafactory.

The US-based electric vehicle manufacturer has already faced several challenges at the Berlin Gigafactory and ended up firing the engineer in charge of the project.

The Berlin Gigafactory of Tesla is going to be a key project for the brand, as it will cater to the automaker's strategy to launch Model Y in Europe and help the company to significantly expand its production and delivery capacity around the world. This facility is the first Tesla plant in Europe.