With the e-Niro and e-Soul models, Kia already offers two popular electric cars in Europe that are suitable for everyday use and affordable.
By : Sabyasachi Dasgupta
| Updated on: 14 May 2020, 01:05 PM 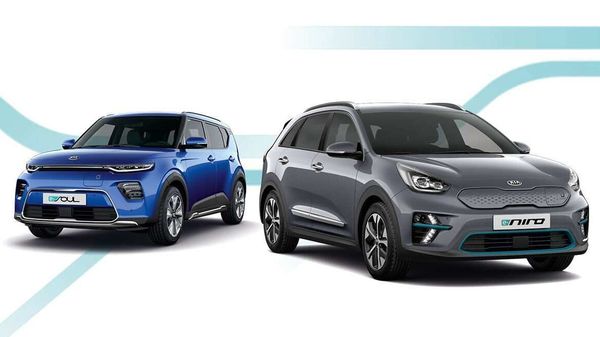 Kia Motors has revealed its plans to accelerate electric car sales growth in Europe, expanding on its 'Plan S' strategy. Kia has officially announced that its 2026 goal for Europe is to sell more than 20% all-electric vehicles.

In January, Kia had announced its target to sell 500,000 electric vehicles globally by 2026, by introducing 11 electric vehicles to gain a 6.6% global market share. In Europe, the brand sold almost 7,000 fully powered vehicles in the first quarter of 2020 - 75 percent more than in the same period last year. The e-share of the automaker's sales has thus been doubled to six percent. In total, around 113,000 vehicles were sold across Europe from January to March, according to Kia. The business is now to be expanded further with new, especially e-mobility products.

With the e-Niro and e-Soul models, Kia already offers two popular electric cars in Europe that are suitable for everyday use and affordable. The range of battery wagons will be expanded to eleven models worldwide by 2025, the company now said. Many of the new e-models would also come onto the market in Europe.

The start of the expansion heralded the first model of Kia's next electric generation in 2021. The concept version of the vehicle - reportedly called Imagine EV - showcased earlier in 2020 revealed a crossover sedan that was every bit as striking to look at as many of Kia cars currently on roads the world over. Latest reports now suggest that the EV could make use of a 800-volt battery system that could ensure a power-up in a matter of minutes.

The 800-volt battery system is the holy grail in the world of electric vehicles. It claims to charge vehicle at fast speeds while producing minimal heat. Little wonder then that more expensive EVs like Porsche Taycan and GMC Hummer EV have already confirmed to make use of it. While Kia's EV may be considerably more expensive than its conventional siblings, it won't be in the same league as the Taycan and Hummer. Therefore, to make use of a 800-volt battery system could well make a solid case for the car once it is launched.

The global annual sales of electric vehicles should be increased to 500,000 units by 2026, Kia continues. In Europe, the e-share of sales is to be increased to over 20 percent by then.

"The European market is currently the growth driver for worldwide electric vehicle sales. We will therefore be introducing many of the new Kia Stromers here," said Emilio Herrera from Kia Motors Europe. "In the past five years, we have been able to steadily increase our sales of electric vehicles. The next generation models will further accelerate this trend."

In addition to various pure electric cars, Kia also wants to continue driving mild, full and plug-in hybrids. In the future, every new model line that will be launched in Europe will have one or more electrified drive variants.

"We want to offer all customers the best possible price-performance ratio," emphasised Pablo Martinez Masip, who heads product planning and pricing at Kia Motors Europe. Models for cost-conscious buyers will be equipped with 400 volt technology, as is the case with e-Niro and e-Soul.