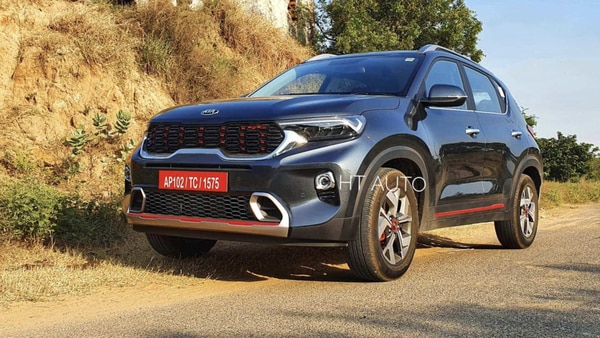 Kia Motors India made its India debut in August of 2019 and in the 17 months since, has emerged as a force to reckon with with just three products on offer. The Seltos SUV was its first offering here, followed by Carnival luxury MPV and the Sonet sub-compact SUV launched in October of 2020. As such, the Korean car maker announced on Monday that it has achieved 200,000 units of wholesale domestic sales.

The Seltos really set the ball rolling for Kia in India and mounted a massive challenge to Hyundai Creta in the mid-size SUV segment. The vehicle benefited from stylish looks, a feature-packed cabin and a long list of variants.

Carnival MPV came in next - early 2020 - and while it was not meant to be a mass-market player by Kia's own admission, it managed to showcase what the car maker is capable of.

Sonet though has been the real firecracker even though it entered the extremely competitive sub-compact SUV segment. That it was launched around the festive period in 2020 and that it benefited from Seltos' popularity is a safe assumption. But the vehicle also brought in a whole lot of its own strengths and has several segment-first features as well as choice between petrol and diesel, and a semi-manual transmission choice which further backed its case.

Kia also highlights that offering modern features like UVO have benefited its cars. Cars compatible with UVO mobile connections form 53% of the brand's total sales and there are over 106,000 such units on Indian roads.

The car maker may only be warming up with its intentions of getting stronger here. While Kia has underlined the determination to expand sales and post-sales' network here, there is much happening on an international scale too. A new logo, slogan and its Plan S strategy is emphasizing on customized mobility solutions in different markets and a push towards electric mobility as well.