Jeep India lights up its outdoor installation in Indian Tricolour

The installation by Jeep has been recognised by the Asia Book of Records as Asia's largest outdoor brand installation in 2018.It will illuminate the Tricolours for three days.
By : HT Auto Desk
| Updated on: 16 Aug 2021, 06:59 PM 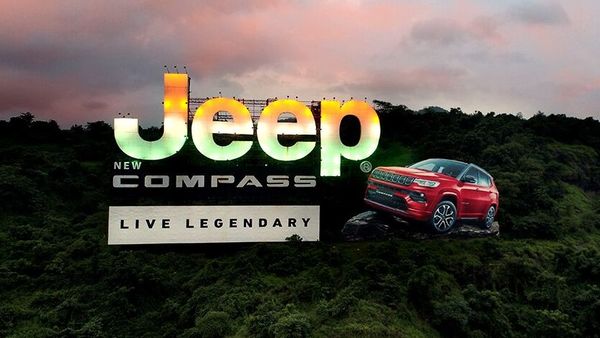 The installation by Jeep India.

To commemorate the 75th Independence day, Jeep India has lit up Asia's largest outdoor brand installation on the Mumbai-Pune Expressway in the Indian Tricolour. The brand that states itself to be synonymous with freedom and adventure all over the world, mentioned that the installation will be a visual spectacle for commuters on the expressway. It will be kept illuminated in the national flag colour for three days.

The installation by the automaker was recognised by the Asia Book of Records as Asia's largest outdoor brand installation in 2018. Jeep, while highlighting the diverse culture and tradition of the country also recognised the precious lives lost during the freedom struggle.

Coming to the upcoming plans from the automaker, Jeep recently released a teaser video of its new Commander SUV and it is getting ready to unveil the seven-seater SUV on August 26. It has been reported earlier that it is likely to hit the Indian markets next year. The model will be produced at Jeep’s Chakan plant in Maharashtra.

In the video, one can observe some design changes that have been carried out in the SUV. The front fascia looks more curved than the shape in the existing Compass models. It has been reported that the Commander SUV may take design cues from Jeep Wagoneer. It is also being guessed that the upcoming SUV may come with various features such as connected car technology, multi-zone climate control, Android Auto, touchscreen infotainment system integrated with the wireless Apple CarPlay and Amazon Alexa and a digital instrument cluster.

Jeep is also aiming to launch at least four new SUVs for the Indian market by 2022.