Demand in Japanese auto industry could “recover relatively quickly” once the pandemic nears an end, analysts at Goldman Sachs wrote in a report.
By : Bloomberg
| Updated on: 14 Apr 2020, 10:44 AM 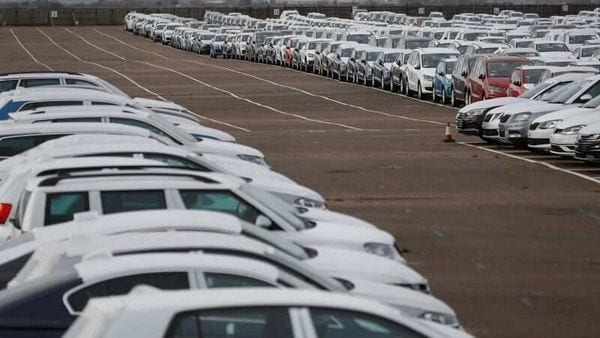 The coronavirus outbreak will reduce Japanese automakers’ combined operating profit by 38% this fiscal year, but the manufacturers may rebound faster than they did after the global financial crisis more than a decade ago, analysts at Goldman Sachs Group Inc. said.

Demand could “recover relatively quickly" once the pandemic nears an end, Kota Yuzawa and other analysts wrote in a report. Honda Motor Co. was upgraded to a buy rating, from a hold, by the bank, which said its valuation was attractive after a share decline of about 25% this year.

The global auto industry, which was already seeing sputtering sales, is reeling from shutdowns aimed at preventing the spread of the pathogen, which has infected almost 2 million people across the globe. With showrooms shut, consumers aren’t buying cars and auto supply chains are in disarray, leaving factories idle. Toyota Motor Corp. and Nissan Motor Co. are among those that have sought financing to weather the storm.

“Most of the automakers are sufficiently well-placed in terms of net cash and shareholders’ equity to weather a steep fall in sales," the analysts wrote. “They should be able to overcome near-term declines in working capital. While circumstances vary, we do not expect across-the-board cuts or suspensions of dividend by automakers."

Operating losses for major Japanese automakers in April-June will probably reach 180 billion yen ($1.7 billion), according to the bank. Honda is well positioned for a recovery, however, thanks to “its compelling near-trough valuation post its recent correction, as well as its solid balance sheet, exposure to a recovering China, model cycle benefits, limited Europe CO2 risk, and motorcycle earnings support," the analysts said.

“We also think Subaru Corp. looks compelling, as the company’s brand strengths are likely to prove advantageous once conditions normalize," said the analysts, who rate the stock a buy.

Nissan’s earnings outlook is “challenging" in the near term as it plans to cut jobs, they wrote. Its rating was kept at neutral. Although the automaker is ready to launch new products, “it will take time for this to translate into earnings due to the sharp decline in demand in the U.S. and European markets," they wrote. Nissan, Mitsubishi Motors Corp. and Mazda Motor Corp. will all probably suspend dividends in the current fiscal year, according to the bank.