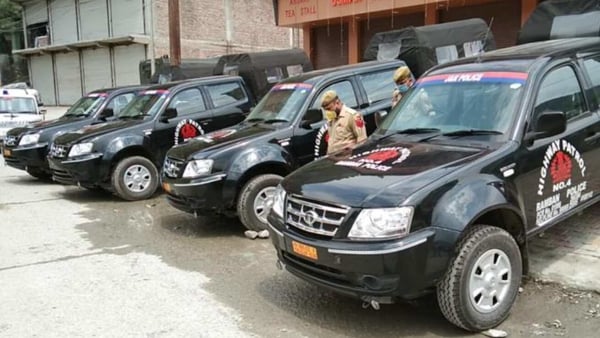 "The security personnel have prevented these by strengthening the border grid. In this process, the police headquarters has introduced highway patrol vehicles which are equipped with screens, cameras and announcement systems," informed IGP.

"These vehicles can send live feeds in the highway patrol vehicles CCTV network monitoring lab and police control rooms where head police officials will be able to keep an eye on the moments on the highway especially during infiltration, protest, accident or while following a vehicle," IGP said adding that the higher officials could also be able to guide the jawan in the vehicle if needed with the help of the two-way communication system installed in the vehicle.

"As many as 33 vehicles have been introduced across the Jammu region," informed Kulbeer Singh, SSP Police Control Room, Jammu.

"The vehicles have cameras on its front and rear side both," he said.

Apart from introducing these vehicles, the Jammu and Kashmir Police have been strengthening the nakas to stop the infiltrations by installing cameras and deploying a composite strength of paramilitary and police personnel here.