Home Auto News Indonesia Together With Lg Will Build A Battery Plant Worth $1.2 Billion

Indonesia together with LG will build a battery plant worth $1.2 billion

This move is part of the deal between the two companies for electric vehicle battery whose valuation stands at $9.8 billion.LG Energy Solution is aiming to build advanced battery cells for EV maker Tesla Inc in 2023.
By :
| Updated on: 24 May 2021, 07:00 PM 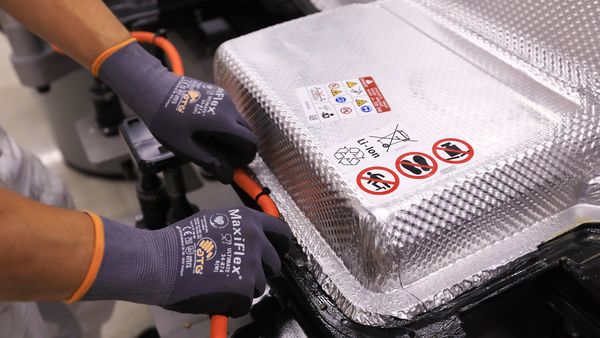 The first phase of construction will have the production capacity of 10 GWh, which will later be used for EVs from Hyundai. (File photo used for representational purpose only)

State-owned Indonesia Battery Corporation (IBC) and South Korea's LG will build a new battery plant worth $1.2 billion with the capacity of 10 gigawatt hours (GWh), Indonesia's investment minister said on Monday. The plant, part of a bigger $9.8 billion electric vehicle deal between LG and Indonesia signed last year, will be built in the city of Bekasi, on the eastern border of the capital Jakarta.

Investment Minister Bahlil Lahadalia in a statement did not specify a timeframe but said the factory would be built "in the near future". "The first phase of construction will have the production capacity of 10 GWh, which will later be used for EVs from Hyundai," he added.

The LG consortium consists of different LG units, including LG Chem, LG Energy Solution, LG International, plus South Korean steelmaker POSCO and Chinese cobalt company, Huayou Holdings, according to the statement. A spokeswoman for LG Energy Solution, the company's battery production arm, could not immediately comment when contacted by Reuters.

Reuters reported earlier this month that LG Energy Solution is looking to build advanced battery cells for U.S. EV maker Tesla Inc in 2023 and is considering potential production sites in the United States and Europe.

(Also read: In bid to be a battery superpower, Indonesia is going extra mile to charm Tesla)

Top nickel producer Indonesia meanwhile, has ambitious plans to start processing its rich supplies of nickel laterite ore used in lithium batteries and eventually become a global hub for producing and exporting EVs. Indonesia is targeting to produce 140 GWh worth of batteries by 2030, officials have said.