Fitch Solutions said on Tuesday that India's ethanol consumption will increase over the next few years, driven primarily by the government's desire to support the sugar sector by boosting ethanol production but also because of the recovery in road travel following Covid-19 disruptions.

At the same time, demand for industrial ethanol is also likely to rise in coming years in tandem with the expansion of its domestic chemical and healthcare sectors.

This is the second time this year that the E20 target has been brought forward, which indicates how important the issue to the government.

Using the approximate conversion of 1 million tonnes sugarcane to make 800 million litres of ethanol, the adoption of E20 can therefore hypothetically lead to an increase in the demand for sugarcane of 8 million tonnes, which will be enough to swing India's sugar balance from its current deficit into a surplus. 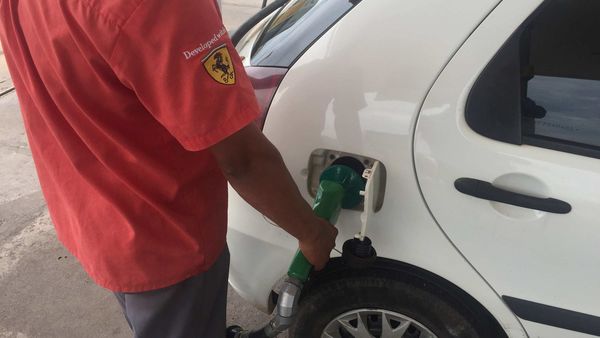 A gas station worker fills up a car's tank with ethanol in Cuiaba, Braziil. (File photo used for representational purpose only) (REUTERS)

These ethanol targets are indicative but the government has much more of an incentive to increase ethanol consumption over the next couple of years than it did during the 2010s for two key reasons, said Fitch.

Firstly, the government wishes to boost farmer incomes while also supporting sugar mills. The government has usually done so in recent years by either increasing the minimum sale price of sugar/corn and/or export subsidies, which have incentivised production and kept imbalances in the domestic market going.

However, the recent large domestic sugar surpluses have boosted stocks to a record-high and increased the costs of these schemes for both the government and consumers.

As a result, the government is instead focusing its efforts on increasing crop demand.

Secondly, the government also has a much greater desire to reduce its crude oil imports than it did previously.

India's crude oil imports have risen rapidly over the last decade and it currently imports around 80 per cent of its crude oil consumption, primarily from the Middle Eastern OPEC countries.

However, said Fitch, its diplomatic relations with many of these countries have worsened over the past few years due in part to the Indian government's rising religious nationalism.

Clearly, by increasing ethanol consumption, it can reduce the amount of crude oil and gasoline that it needs to import.

Hence, Indian ethanol production capacity will rise over the next few years, spurred on by greater financial incentives and positive domestic demand outlook.