India, the second-biggest crude importer in Asia behind China, aims to commercialise half of its strategic petroleum reserve (SPR).
By : Reuters
| Updated on: 27 Jul 2021, 04:38 PM 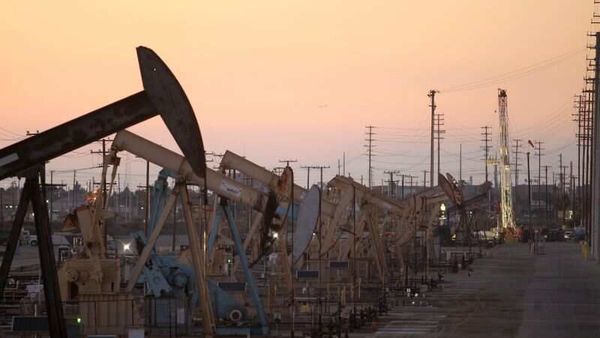 India's move to commercialise its strategic crude oil reserves is another sign that major Asian importers are taking steps to mitigate the high prices caused by the OPEC+ group's output cuts.

India, the second-biggest crude importer in Asia behind China, aims to commercialise half of its strategic petroleum reserve (SPR), Reuters reported on July 22 citing two government sources with knowledge of the plan.

While the commercialisation of the SPR, currently home to about 36.5 million barrels of crude or about 5 million tonnes, is aimed at raising funds to build more storage tanks, it also allows refiners to access cheaper oil from storage when prices are high and buy it back when prices fall again.

Indian officials have expressed concern this year as crude prices rallied strongly amid moves by the producer group OPEC+ to cut as much as 7 million barrels per day (bpd) of output.

Global benchmark Brent crude futures have surged 44% this year, closing at $74.50 a barrel on Monday, not much below the high so far this year of $77.84 reached on July 7.

For OPEC+, it may be a case of being careful what you wish for. Leading member Saudi Arabia had previously rejected India's calls for output restrictions to be eased, instead of telling New Delhi it should rather use up inventories bought cheaply last year when crude prices hit two-decade lows amid the coronavirus pandemic.

India's move to commercialise its SPR brings it into line with similar policies in Japan and South Korea, the third- and fourth-biggest crude buyers in Asia.

China doesn't disclose details of the size or management practices of its SPR, but it appears the world's biggest crude importer has dipped into stockpiles this year.

An estimate of just how much can be made by deducting the total amount of crude available from imports and domestic output from the amount of crude processed by refineries.

This is a reversal of the trend in recent years when China's imports and domestic output have exceeded refinery throughput by large margins.

The recent willingness of China, and now India, to use inventories to lower crude imports can be seen in data, with China's crude imports down 3% in the first half of 2021 compared to the same period a year earlier, while India's imports dropped to the lowest in nine months in June.

China's imports are forecast by commodity analysts Kpler to stage a recovery in July, reaching 10.85 million bpd, which is up from June's 9.77 million bpd and likely reflects the return of several refineries to operations after periods of maintenance.

However, India's imports are poised for a weak July, with Kpler estimating 3.66 million bpd will be landed, which will be the weakest outcome since September last year.

If China and India become more pro-active in utilising their SPRs to ameliorate the impact of crude prices they deem to be too high, it will likely be a short-term bearish factor for oil.

The question becomes how long can those countries, and others in Asia, sustain using inventories to offset imports, and what happens when they stop.